TJS, 12/14/2015: ‘Ueno’ is a satsuma mandarin variety that was discovered as a bud mutation of ‘Miyagawa’ satsuma in 1970. It was developed by H. Ueno, in Hamadama, Saga Prefecture, in the northwest part of the island of Kyushu, Japan. According to Saunt (2000), ‘Ueno’ is the second most popular early satsuma variety in Japan, maturing between early October and early November. This is up to two weeks earlier than ‘Miyagawa’ satsuma.  Harty and Anderson (1995) reported in 1995 there were approximately 2000 ha in production in Japan.  Trees of ‘Ueno’ satsuma are a typical satsuma growth habit with consistent production. The fruit stores well on the trees, reportedly losing little flavor over the following four weeks. Fruit size of ‘Ueno’ is medium and according Harty and Anderson, have a smoother, thinner rind than ‘Miyagawa’ with a deeper reddish-orange color. Yang (1994) also reported that 'Ueno' has less albedo, higher sugar content, and lower acidity than ‘Miyagawa’. Park et al (2010) reported that 10 genes were up-regulated in 'Miyagawa' and 'Ueno' and related these findings to phenotypic differences. 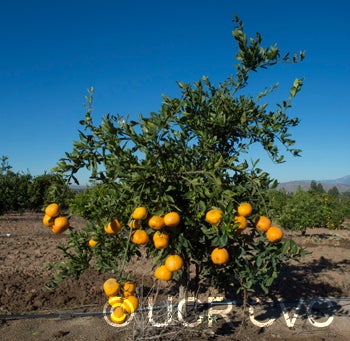 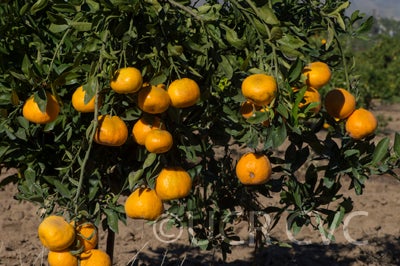 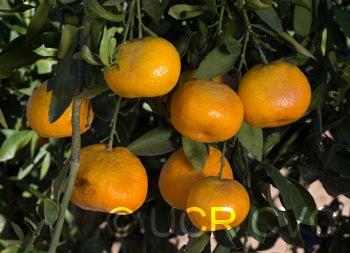