OJB: Owari Satsuma is the most common of the many Satsuma mandarin selections grown in the United States, although other selections are being introduced. Because of its many fine qualities, Satsuma has been the focus of extensive efforts to extend its season of availability.Owari Satsuma trees are cold-hardy, productive, and vigorous-growing, but mature to a small size with a spreading and somewhat drooping character. The fruit varies in shape depending upon the conditions where it is grown, but it is most commonly oblate with a smooth and thin orange rind that is easily peeled. The flesh is bright orange, tender and juicy, seedless, and mild in flavor. The Owari Satsuma is considered to be a mid-season fruit, with its season of harvest being December to January in most areas of California. The fruit itself does not hold well on the tree, but it stores well after harvest.

This variety is of ancient and unknown Japanese origin presumably from the old province of Owari, whence the name.  While still important in the older districts it has largely been displaced by derivative varieties that have arisen from it through bud variation.  What is believed to be true Owari was introduced into the United States more than fifty years ago and, since recent Japanese descriptions of it are not available, the characterizations given here are adapted from Webber (1943).  Two nucellar selections, Silverhill Owari and Frost Owari, have been derived from it in the United States and are currently recommended.  Kara, a variety of some interest in California, is a hybrid between Owari satsuma and King mandarin.  Likewise, the Umatilla tangor of Florida is an Owari satsuma-Ruby blood orange hybrid." 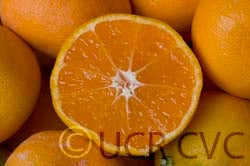 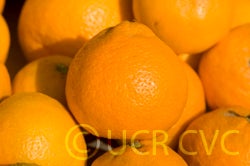 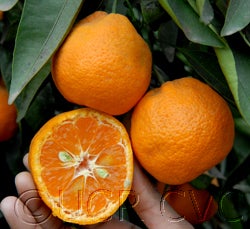 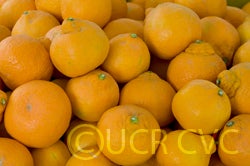 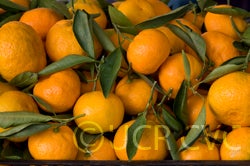 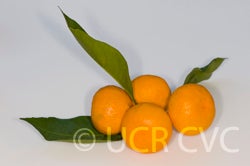