Collected in Hubei Province, PRC, by Dr. H. Huang, Auburn University, in 1995 and given to CCPP for introduction/quarantine.

3/1/2010, TJS and RRK: 'China S-9' was part of the first of two different sets of several satsumas collected in the Hubei Province of China, by Dr. H. Huang, Auburn University, in 1995 and given to the CCPP for introduction and quarantine. Each selection in the first set was given the “S” signifier and a number, and was described in a letter from Bill Dozier, Auburn University, to the late Dave Gumpf on August 28, 1995.   They were selected from fields in Hubei and Sichuan that had been devastated after a very bad freeze.  Each selection was from branches on satsuma trees that had survived the freeze, and the three selection characteristics they looked for were cold hardiness, fruit quality and tree vigor.  Dozier rated the tree vigor and fruit quality of  'China S-9' as 'acceptable', and cold hardiness as 'good'. The second set of satsumas were brought back by Dozier in either 1996 or 1998 after he visited these same areas of China where the freeze occurred. Preliminary observations by Thomas Chao at Santa Paula (see citation in previous description) suggested that ‘China S-9’ should mature early in the San Joaquin Valley (about the same time as ‘Miyagawa’ and ‘Xie Shan’). In addition, preliminary observations at LREC showed that ‘China S-9’ has a smoother peel than most other satsumas. 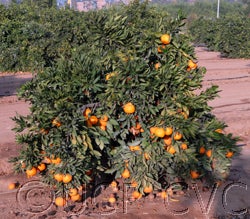 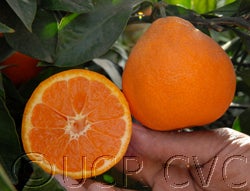 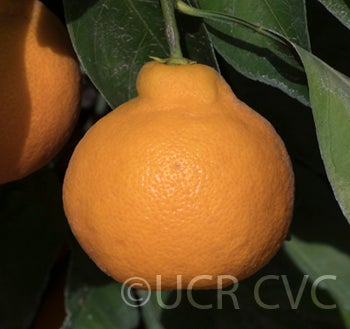