Probably a limb sport of an existing Satsuma cultivar.

Not much information is apparently available about this genotype. It is apparently a very early (Goko wase) satsuma and would be expected to mature sometime in October in the northern hemisphere. (RR Krueger, 08/09/2010)

RRK, 8/26/2011: I talked to Paco Llatser in Manzanillo, Mexico in August, 2011. He explained the story behind 'Iwasaki' and 'Nichinan ichigo'. Paco had gone to Japan to look for Satsumas to introduce in Spain. The Japanese had many, many Satsuma selections and Paco was overwhelmed. He settled on these two to introduce to Spain. 'Iwasaki' is very early (early to mid-September in Spain). It has good taste and fruit quality (size, color) and packs well. Unlike some other Satsumas, it is vigorous and grows well on 'Carrizo'. It is becoming the most widely planted Satsuma in Spain. 'Nichinan ichigo' is probably a littler earlier than 'Iwasaki'. It has good qualities and is also vigorous but has not been released in Spain. (RR Krueger, 08/26/2011)

Commercially available in California through the Citrus Clonal Protection Program. This is a licensed variety of the California Citrus Nursery Society (CCNS). You must contact CCNS to obtain a license. Patent and/or propagation rights for this variety is held by the California Citrus Nursery Society. Click here to order budwood. The budwood is available only for those has a License Agreement. To obtain a License Agreement, please contact:

Letter authorizing the Citrus Clonal Protection Program to maintain and register budwood source trees for these varieties in its facilities and to distribute budwood from these registered trees to sub-licensed citrus nurseries can be found here. 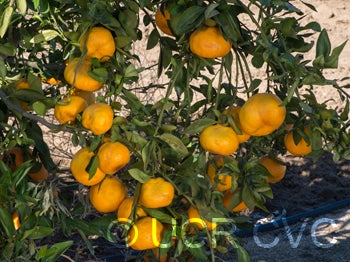 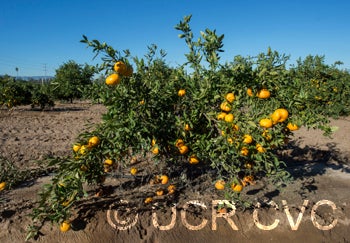