Received as budwood from the original tree bred a UCR in 1966.

Cocktail is actually a hybrid of Siamese Sweet pummelo and Frua mandarin.  The cross was made at Riverside, possibly in the 1950s.  The variety was never officially released by the University of California, Riverside, but somehow made it into the public sector.

EMN, 1986: This hybrid "escaped" into the industry and was named "Cocktail grapefruit" by a citrus nurseryman (probably). It has never been officially named & released.

EMN, 12/15/1987: A medium-large size fruit- about like a grapefruit. Dark yellow, thin rind. Dark yellow flesh, almost orange yellow. Too damn seedy for commercial usage but makes a good dooryard juice variety. Very unique flavor; you could love it or hate it.

EMN, 2/1988: About 2/3 or this plus 1/3 Tarocco blood orange juice makes a fantastically flavored juice drink. Try it, you'll like it.

OJB: Cocktail trees are large and vigorous.  The fruit can vary from the size of an orange to the size of a grapefruit.  It has a thin, smooth, yellow rind.  The flesh is seedy, yellow-orange in color, and exceptionally juicy. The flavor is pleasantly sub-acid.  Cocktail matures in early winter and the fruits hold well on the tree, puffing when they become very old, but not desiccating. 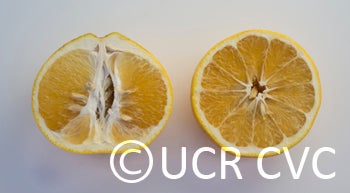 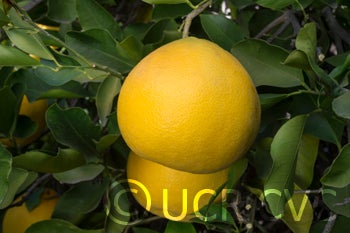 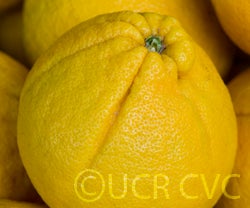 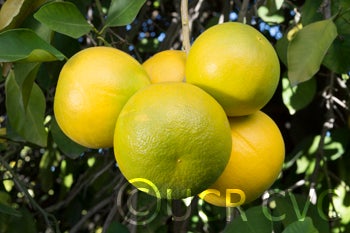