Received in an unknown form from an unknown source in 1950. Produced at UCR.

This cultivars continues to lack vigor and has been repropagated several times. The fruit can be very puffy and is not very attractive.  Frua is a parent of Cocktail ("grapefruit") pummelo hybrid.

Frua is a hybrid of the King mandarin with the Dancy tangerine developed from a cross made by H. B. Frost of the University of California Citrus Research Center, Riverside.  It was selected in 1925 and released in 1950." 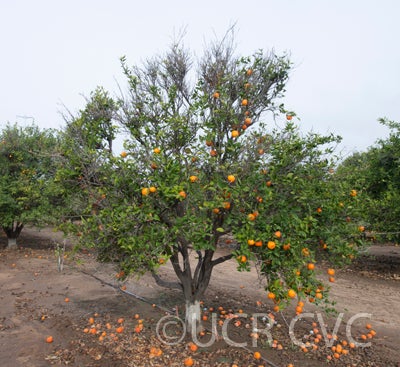 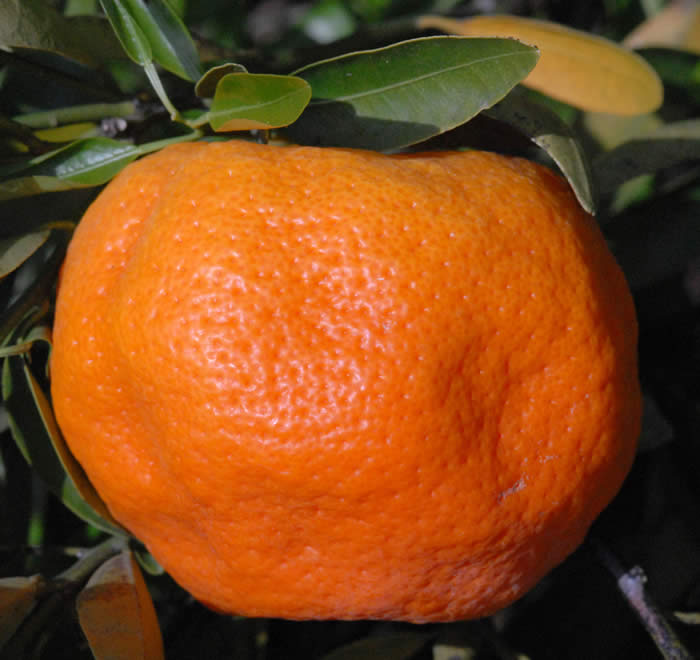 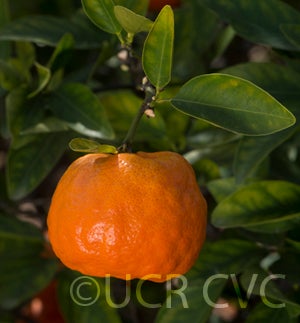