A chance hybrid selected about 1890. It is believed to be a chance hybrid of 'Mediterranean' or 'Willowleaf' and another mandarin, possibly 'Emperor'.

12/2006, RRK: 'Imperial' is one of Australia's most important and long-established mandarin selections. It is widely planted throughout existing mandarin-growing regions, with about 361,000 bearing and 26,000 non-bearing trees in 1999, mostly in Queensland.

'Imperial' is an extremely early maturing mandarin, equivalent in this regard to 'Owari' satsuma. Brix:acid ration reaches 7:1 around mid-March in the earliest regions of Australia, with later regions reaching this ratio in early June. 'Imperial' can be harvested up to July or August, depending upon the region. Fruit quality is considered good with a good balance or sugar and acid and good internal color. The skin is thin and soft, and although adherent, it peels easily. Juice levels are 35 % and greater and fruit are firm when peeled. Granulation is sometimes a problem because of the low juice content. There are usually 4 or less seeds per fruit in both solid and mixed plantings. The fruit is medium sized (or small in heavy crop years). The external color is yellow orange, but is more intense in regions where fall temperatures are cool. Fruit generally must be clipped from the tree rather than plucked. De-greening is necessary when fruit are harvested early and the post-harvest life is short at 2 - 4 weeks. 'Imperial' responds poorly to heat and cold treatments for pest disinfestation, which makes it unsuitable for export (from Australia).

'Imperial' performs adequately on a variety of rootstocks, although incompatibilities have sometimes been noted on 'Carrizo' and 'Troyer'. 'Cleopatra' produces high quality fruit. 'Cleopatra' and 'Troyer' are the most commonly used rootstocks in Queensland, whereas 'Carrizo' is more popular in southern areas. There is a tendency towards alternate bearing, which sometimes is managed by thinning. The tree's habit is vigorous and upright. Cross-pollinators may help with set, yield, and size.

Imperial originated about 1890 at Emu Plains, some thirty miles west of Sydney, New South Wales, and is believed to be a chance hybrid of Mediterranean or Willowleaf, to which it bears considerable resemblance, and some other mandarin—possibly Emperor.  Because of its early maturity, attractive appearance, and pleasant flavor, it commands a premium in the markets." 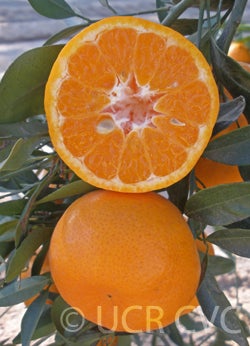 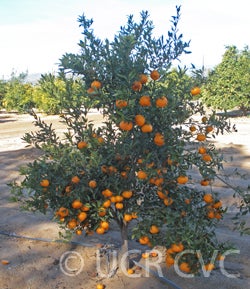 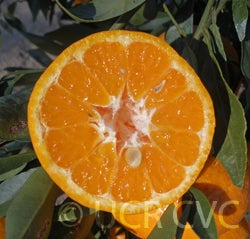 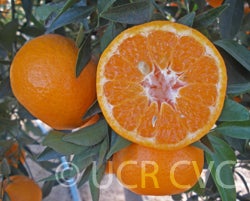 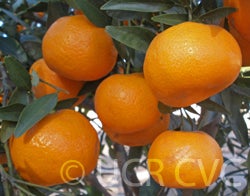