Received as budwood from USDCS, Indio, CA via CCPP, 1977.

It certainly appears that there was some concern about getting the correct bud source of 'Swingle' back in the 1970s. Note: Referenced letter of JBC to CDFA is not on file to present knowledge.

Although 'Swingle' was originally hybridized by Swingle in 1907, experimentation with it as a rootstock did not begin until about four decades later. Trials were planted in Florida by personnel from the Subtropical Horticulture Laboratory in Orlando and in Texas by USDA personnel including Bill Cooper, Ed Olson, Heinz Wutscher. To Heinz Wutscher must go much of the credit for developing 'Swingle' into the widely used rootstock that it is today. The early development work is summarized in the Release Notice, Hutchison (1974), Anonymous (1974), Wutscher (1979), Castle (1987), and Castle et al (1988, 1989). These sources summarize the superior attributes of 'Swingle' as being resistant to tristeza and Phytophthora foot rot, blight, cold, and citrus nematode. However, in some cases, trees budded onto 'Swingle' that were infected with 'severe' strains of exocortis or cachexia remained stunted and produced a bud union crease. 'Swingle' is moderatlely salt tolerant but is not adapted to heavy clay soils or calcareous soils. 'Swingle' was observed to be particularly well adapted for use with grapefruits and in some cases 'Lisbon'-type lemons.

These attributes lead 'Swingle' to become the mostly highly utilized rootstock in Florida (Stover and Castle, 2003). However, as older trees on 'Swingle' became available to observe, some limitations became apparent (Castle and Stover, 2000; Stover and Castle, 2003; Castle and Stover, 2001). In addition to those noted above associated with soil conditions, trees on 'Swingle' were observed to decline decline on specific Flatwoods and Ridge soils and when Phytophthora was present in combination with Diaprepes; some apparent incompatibilities with specific scions also appeared. Nonetheless, 'Swingle' is considered one of the 'standard' rootstocks to be considered for planting in many situations or trials. 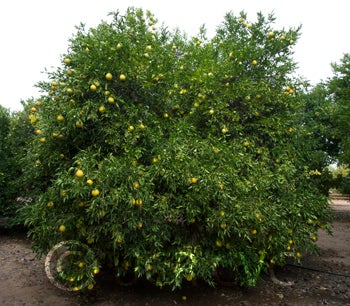 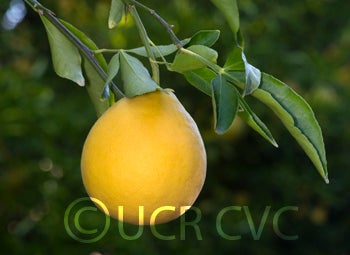 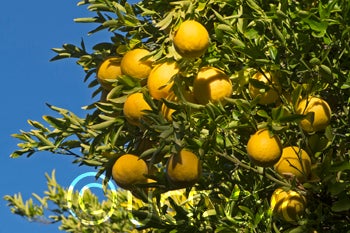 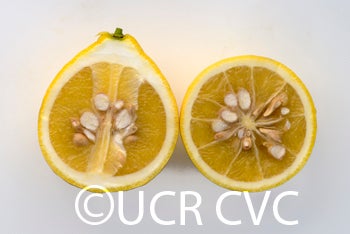