Parents unknown. Duncan grapefruit is believed to be the oldest grapefruit variety grown in the United States.  Although not named until 1892, it was growing as early as 1830 near Safety Harbor, Florida.

OJB:  The tree is large, spreading, and grows vigorously.  The fruit is almost round and has a smooth, light yellow rind.  The flesh is very pale yellow, juicy, and seedy.  The flavor is considered by many to be superior to similar seedless grapefruit varieties.  Duncan is considered to be somewhat early in maturity.  The fruit holds well on the tree.  As with other grapefruit varieties, it should be grown in locations that can satisfy its high heat requirement.

Tree vigorous, large, very productive, and reputed to be probably the most cold-resistant.

This variety represents the oldest grapefruit clone grown in Florida, though it was not named and introduced until about 1892.  As near as can be determined, the parent seedling tree was planted around 1830 near Safety Harbor, on the Pinellas Peninsula, Florida.  The seed came from a tree in the original planting made by Count Odette Phillippe, who is credited with having brought the grapefruit to Florida from the West Indies.  It was named for the introducer, A. L. Duncan of nearby Dunedin.

Since the grapefruits are highly polyembryonic and all varieties and seedlings in Florida trace back to the planting which contained the seed parent of Duncan, the probability is good that many, if not most, of them represent the same clone.  Certainly many of the early named varieties are indistinguishable from Duncan and have been marketed under that name.  It has recently been established (Cooper, Reece and Furr, 1962) that the Bowen variety used in some of the early citrus breeding work in Florida was in reality Duncan.

In flavor, Duncan has remained the standard of grapefruit excellence in Florida although seedless varieties have largely displaced it in the fresh fruit markets.  With the advent of processing, however, its flavor and better suitability for canning have renewed interest in this excellent variety and it constituted about 7 per cent of the grapefruit planted between 1956 and 1966." 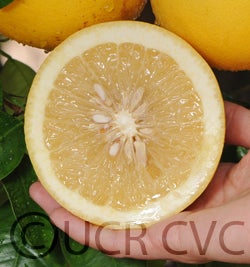 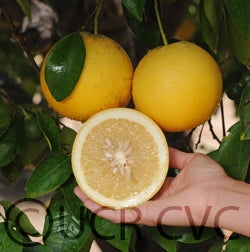 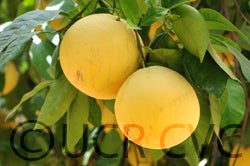