Received as budwood from a hybrid produced at CRC, circa 1915.

Reported to be a hybrid between King tangor and Willowleaf mandarin.

Kinnow, a King-Willowleaf mandarin hybrid, was developed at the University of California Research Center, Riverside by H. B. Frost in 1915 and released in 1935. Kinnow is the most widely-planted mandarin in Pakistan. The tree grows vigorously and has an upright form, with a strong tendency to alternate bearing. The fruit is oblate with a smooth orange rind that does not peel especially well for a mandarin. The flesh is orange, seedy, and has a rich distinctive flavor. Kinnow is mid-season in maturity and holds well on the tree.

This high-quality variety is a sister to Wilking, both resulting from a King-Willowleaf (Mediterranean) mandarin cross made in 1915 by H. B. Frost (1935) of the University of California Citrus Research Center, Riverside, California, and named and released in 1935.  Kinnow has been distributed widely and is currently grown commercially to some extent in California, Arizona, West Pakistan, and India (Punjab).  The total plantings in California (mainly the Coachella Valley) and Arizona in 1964 were estimated at 900 acres." 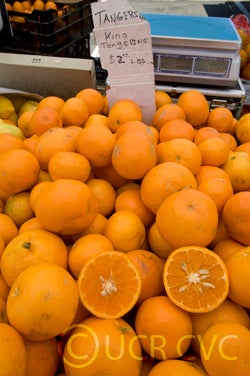 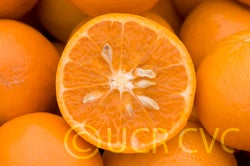 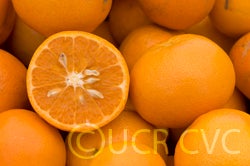 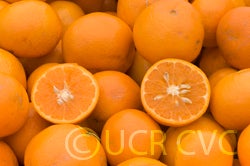 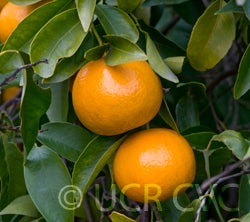 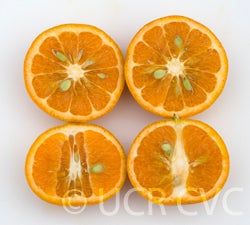