Received as seed from a nucellar seedling budline produced at CRC, 1933.

Willowleaf mandarin is also known under many other regional names, but the most common one is the Mediterranean mandarin. This mandarin variety is known to have been growing in the Mediterranean basin since the very early 1800s. It is a distinctive variety in both tree and fruit characteristics. The tree is of medium size, broadly spreading and pendant. The leaves are narrow and lanceolate, suggestive of a willow's leaves, and fragrant. The fruit is medium-sized, oblate, with a smooth, loose, orange rind that contains a distinctive and fragrant oil. The flesh is light orange, tender, juicy, and sweet. Willowleaf matures in winter, but the acidity drops, the rind puffs, and fruit quality decreases when the fruit is held on the tree past maturity.

In comparison with the other mandarins, the most distinctive characteristics of the Mediterranean mandarin include: (1) the small size and narrow-lanceolate form of the leaves and the special nature and aroma of the oil they contain; (2) the mild and pleasantly aromatic flavor of the juice; (3) the distinctive nature and fragrance of the rind oil; and (4) the plump and almost spherical seeds.  Additional distinctive characteristics not confined to this mandarin are the spreading-drooping habit of growth and the very high degree of seed polyembryony.

Since this highly distinctive mandarin appears not to have been found in the Orient, it seems likely that it originated in the Mediterranean basin and almost certainly in Italy.  After careful review of the literature, Chapot (1962c) has concluded that it appeared in Italy between 1810 and 1818.  It is reported to have been imported into Egypt from Malta about 1830 and is known to have been in commercial production in Italy by 1840, whence it was taken to Algeria in 1850.  Within a few decades, it spread to all the countries of the Mediterranean basin and Near East and soon attained considerable commercial importance.  It was brought to the United States by the Italian consul at New Orleans and planted in the consulate grounds there sometime between 1840 and 1850, apparently being the first mandarin to reach this country.  Not long thereafter, it was taken to Florida and thence probably to California and elsewhere.

The parentage and mode of origin of this fruit are not known, but it seems likely that it arose as a chance seedling from a mandarin variety or form of Chinese origin.  Because of certain resemblances, Tanaka (1954, p. 16) has suggested the possibility that the szu-ui-kom, szinkom, or sun-wui-kom (Citrus suhuiensis Tan.) of southern China might be the seed parent, although he insists that the two species are distinct.  As seen by the writer in the collection at the Government Horticultural Research Institute, Saharanpur, India, the latter fruit exhibits numerous and striking similarities to the Mediterranean mandarin, including the habit of growth, appearance, and distinctive flavor and aroma of the fruit.  The leaves, however, are much more broadly lanceolate.

Because of its high beat requirement, tolerance, and the fact that the fruit is well-shaded, this mandarin is adapted to the hot and dry climates that characterize the Mediterranean basin and Near East.  In general, because of the greater amount of heat, both fruit size and quality are superior in North Africa and the season of maturity earlier than in Italy and Spain.  The Baladi or Yussef Effendi mandarin of Egypt is notable for earliness of maturity, and size, the latter evidently an effect of the humidity resulting from the flooding of the Nile during summer and early fall.  In the heat-deficient coastal region of southern California, the fruit is small, of indifferent quality, and late in maturity.

Although decreasing in importance because of the substitution of other varieties, notably Clementine, the Mediterranean mandarin currently ranks second to the satsumas of Japan.  While accurate and complete statistics are not available, the 1961 crop was estimated at not less than 11 million 70-lb) box equivalents.  The principal producing countries, ranked in approximate descending order of importance, appear to be Italy and Spain, followed by Algeria, Egypt, Brazil, Greece, and Argentina.  This mandarin is of commercial importance, however, in virtually every citrus-producing country of the Mediterranean basin and the Near East.  Early taken to South America and grown largely as seedling trees, it is the Mexirica do Rio or Do Rio of Brazil and comun mandarin of Argentina and Uruguay and is reported to account for most of the mandarin production of those countries.  In the United States, it is grown as a collection item or dooryard ornamental.

Presumably because of the fruit characteristics, processing of the Mediterranean mandarin has not been developed.  Two byproducts are made, however, principally, in Sicily: rind oil and oil of petit grain.  The rind oil is used in the preparation of perfumes and toilet waters and for the flavoring of confections and carbonated beverages.  Petit grain, which is distilled from the prunings and comes mainly from the leaves, has a strong and highly distinctive odor.

The uniquely important, still unsolved problem with the Mediterranean mandarin is how to control its marked alternate-bearing tendency so as to regulate production and ensure fruit of good size.  Neither pruning nor fertilization, alone or in combination, have succeeded thus far.  Because of the highly delicate nature of the rind, all handling operations must be performed with special care to avoid fruit injury.  Despite such care, losses from decay are commonly excessive.

According to Trabut (1902a, 1902b), the Clementine mandarin, now replacing the Mediterranean mandarin in parts of North Africa, is probably a natural hybrid of it and the Granito bitter orange, a view which has never received complete acceptance and seems highly doubtful.  However, this fruit is the pollen parent of three hybrid varieties currently of any interest in California and elsewhere—Encore, Kinnow, and Wilking—created by Frost (1935).  The seed parent of the hybrids is King mandarin.

Two new varieties of Mediterranean mandarin have been reported in recent literature, the Tardivo di Ciaculli or Ciaculli Late of Italy (Zanini and Crescimanno, 1955) and an unnamed seedless clone in Spain (Gonzalez-Sicilia, 1963, p. 215).  A late-maturing variety would appear to afford little advantage, but a commercially seedless variety of good quality might well prove to be highly valuable." 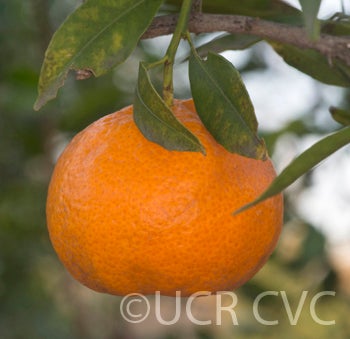 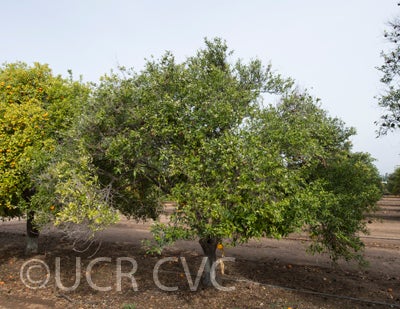 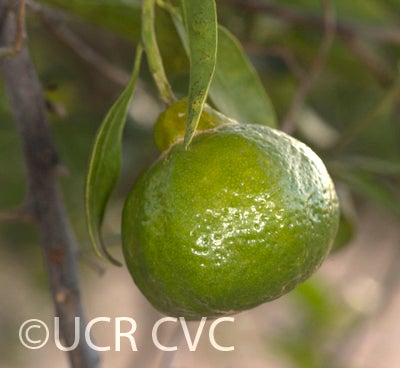 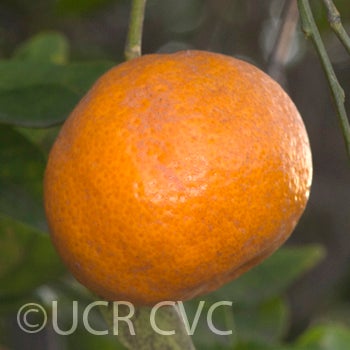 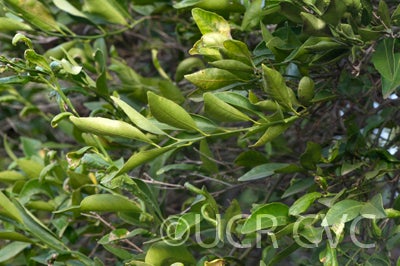