The fruit is a bit more elongated in shape and has thinner and smoother rind than the Washington navel. The juice vesicles are ricier in texture and less distinct. Although Thomson fruit mature earlier than Washington navel fruit, they do not hang well on the tree and are inferior to the Washington navel orange in all other respects. There are two Thomson selections available through the CCPP, Thomson Sheldon (VI 425) and Thomson Zimmerman (VI 424).

The Thomson variety originated as a limb sport of Washington in Duarte, California, and was named and introduced by the owner, A. C. Thomson, about 1891. Because of the earliness and attractive appearance of the fruit, it was extensively planted for some years and introduced to other navel orange-producing countries such as Algeria, Morocco, Chile, and Australia. Within a few years, however, its faults became so evident that planting was discontinued and most of the California acreage was converted or removed. So far as can be determined, this has been its history elsewhere, with the possible exception of Chile. Except for earliness of maturity, it is inferior to the parent variety in all respects.

Dungan Thomson is the only selection of Thomson currently propagated in California. The tree or trees employed are in an old and outstanding orchard of this variety at Exeter, the present owner of which is Jack Dungan of that locality. Dungan Thomson has come into prominence recently because of renewed interest in the planting of very early maturing varieties in the San Joaquin Valley. 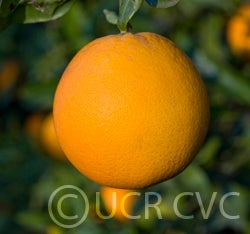 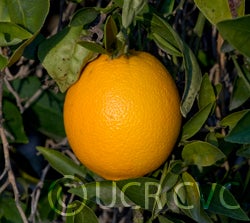 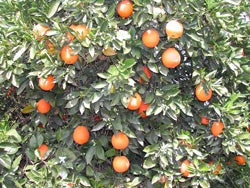