"Kusaie.—Generally referred to as the Kusaie lime, presumably because of the yellow color and high acidity of the fruit, Kusaie should be properly regarded as a yellow-fruited form of the Rangpur and therefore called the Kusaie Rangpur.  The tree is indistinguishable from other Rangpurs and the fruit differs significantly only in color.

Almost certainly this form or variety originated in India, for it markedly resembles the nemu-tenga of Assam (Bhattachariya and Dutta, 1956) and is indistinguishable from a promising rootstock used in trials in Punjab State and West Pakistan called nasnaran, but which the writer identified as Kusaie Rangpur.  According to Webber (1943), this fruit was introduced into Hawaii from Kusaie Island, of the Caroline group, by Henry Swinton in 1885 and thence into the United States by Webber in 1914.  It seems first to have been described by Wilder (1911, p. 86).

Kusaie is said to have local importance as an acid fruit in the Hawaiian Islands.  Elsewhere in the United States it is a collection item or oddity." 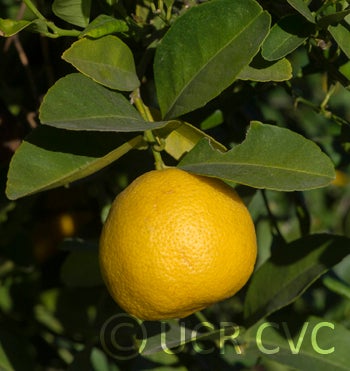 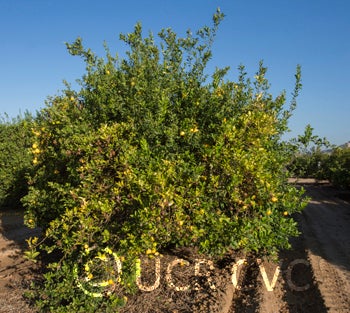