Although there aren't many details available, we do know this accession was imported into China (Citrus Research Institute @ Chongqing) from Japan circa 1993, and then in 2012 it was submitted to the CCPP for cleanup (Source tree LR0370 10 years old, rootstock = trifoliate). The CVC received budwood of this variety from CCPP-Rubidoux in December 2016 as soon as it was released from quarantine.

Still under investigation. Trees are too young for multiple samples.

RRK, 06/10/2017: 'Dekopon' is a highly sweet and expensive hybrid between ChungGyun mandarins and Ponkan that are grown in Japan and Korea, presumed to be first cultivated in the early 1990's. They have been increasingly common in the Brazilian state of Sao Paulo.

"'Dekopon' fruit is quite distinctive due to its sweet taste, large size and to its quite large protruding bump on the top of the fruit. Its name is most likely derived from a Portmanteau between the kanji (deko; meaning 'uneven') as a reference to its protruding bump, and the 'Pon' in Ponkan (one of the fruits that it is derived from) to create 'Dekopon'.

"Due to both its size and sweetness, 'Dekopon' fruits are quite expensive. One fruit costs roughly Y750 (US$6.60). The fruits are usually grown in large greenhouses to keep them at a constant temperature, and are harvested during January (winter in Japan). After harvesting, 'Dekopon' fruits are usually left for a period of 20-40 days so that the levels of citric acid in the fruit lower while the sugar levels increase, to make a more appealing taste for the market.

"'Dekopon' fruits have become quite popular in Japan, with the chewing candy brand giant Hi-Chew even making a Dekopon flavour.

"There are many market names for 'Dekopon'. For instance, 'Dekopon' is the market name for the fruits originating from Kumamoto. The ones grown in Hiroshima are marketed as 'Kiyopon'. The ones grown and marketed in Korea are called 'Hallabong' named after Hallasan the mountain located in Jeju-do, where it is primarily grown.

"Brazilian farmers have succeeded in adapting the variety to tropical to temperate climate in the highlands of Sao Paulo state. The work is done by farmers of Japanese origins. 'Dekopon' is easily harvested from May to September. In the high season for 'Dekopon', each fruit costs around US$ 0.50 at the Brazilian street market and supermarkets. Source: http://en.wikipedia.org/wiki/Dekopon

TJSW, 12/12/2019: The CVC accession had fruit for the first time, even though the trees were just planted last year. Approximately a dozen fruit on each of two trees. Externally the fruit appears mostly correct in size, shape and all have the characteristic large neck, see photos.  However, I opened a few of the fruit and was surprised to see many seeds.

DK, 02/09/2020: there are three accessions of ’Shiranui’ legally present (i.e., they have gone through CCPP therapy, testing, and release) in California:
1) The original importation, brought in by Sunkist Japan for Stark Bros. in 1998; control passed to a group led by Suntreat, which was bought by Agricultural Capital; they also own the registered trademark for Sumo Citrus®.
2) The publicly available ’Shiranui’, VI 860 in the CCPP system, which is described as coming from "CNASS, China”.
3) A private accession of a Brazilian strain of ’Shiranui’ called Guilietta.
These are all supposed to be the same basic cultivar, and thus very similar, and as far as I know they are. 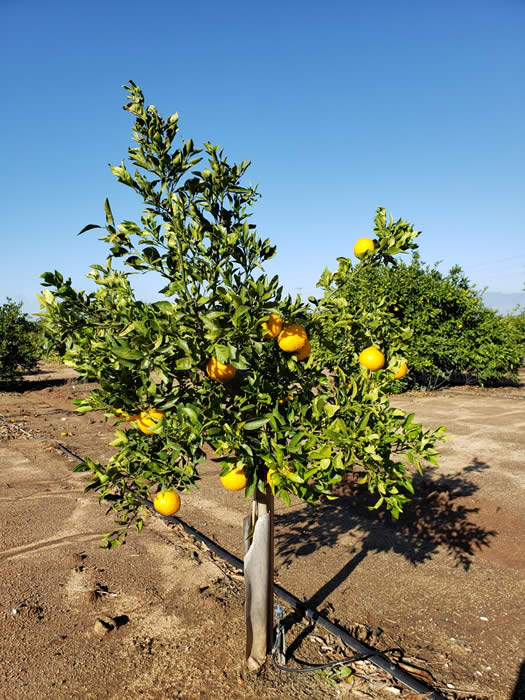 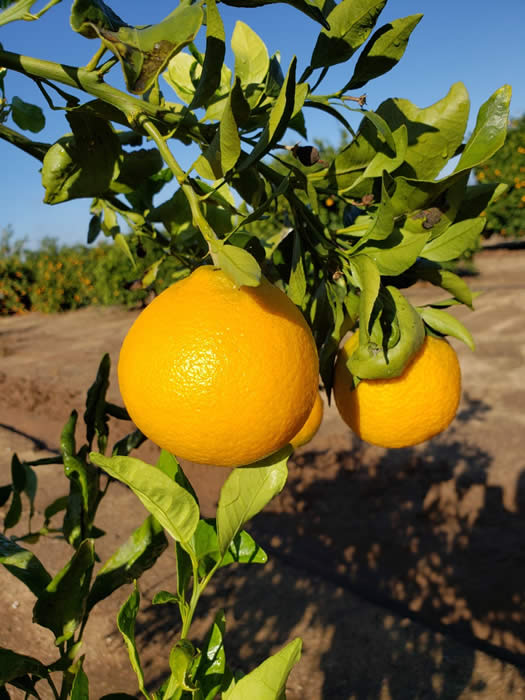 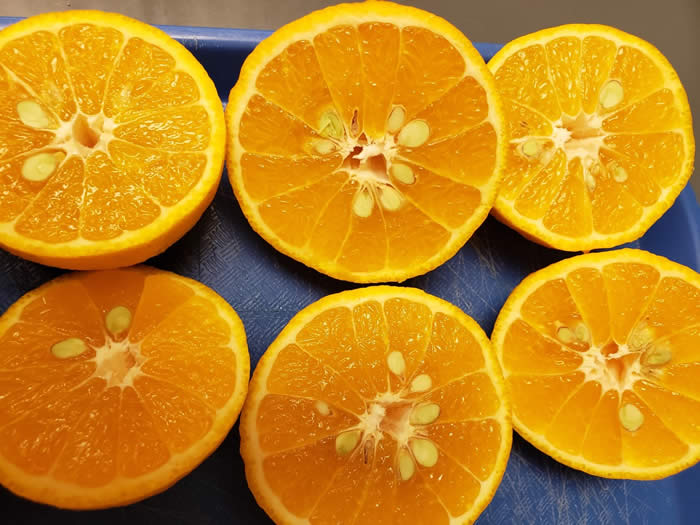