9/6/2007, RRK: This accession was apparently developed and selected by Instituto Sperimentale per l'Agrumicoltura for use in the ornamental market.

1/10/2011, TJS: Budded trees from the seedlings of seeds given to us by Russo were planted in 2006. The accession on C-35 rootstock first flowered in March 2010. Stigmas and styles were red to pink in color. Several fruits followed that started to get anthocyanin pigment in mid-November. By January, most fruits were bright red in color both internally and externally; some were dark purple. This accession was originally named 'Amoa 8' orange, but fruit characteristics are more mandarin-like. Rind peels away very easily; segments peel easily from each other. Rough rind with a slight neck and depressed apex. Good flavor. Seedy.

Controls used in evaluations were Moro and Sanguinelli blood oranges. 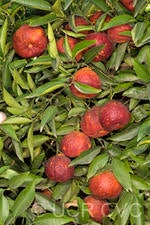 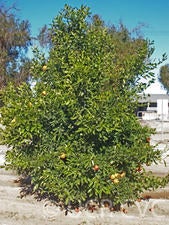 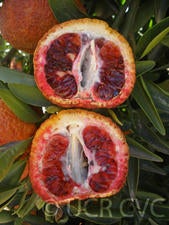 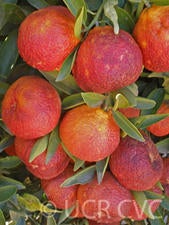 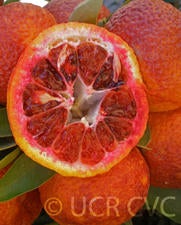