Received as a tree from the UCR Citrus Breeding Program, 2012.

Irradiated selection of standard Kinnow, which is a hybrid of 'King' tangor and 'Willowleaf' mandarin.

‘KinnowLS’ is a mid-to-late maturing mandarin variety developed by the University of California-Riverside citrus breeding program by mutation breeding of the diploid mandarin cultivar ‘Kinnow’. This well-known mandarin is a ‘King’ tangor and Willowleaf mandarin hybrid originally created by H. B. Frost in 1915 and released in 1935. According to Roose and Williams (2011) standard ‘Kinnow’ has approximately 15-30 seeds per fruit in cross-pollinated situations, but ‘KinnowLS’ typically has 2-3 seeds per fruit in all situation of cross-pollinations. Fruits mature in winter, about mid-January and can store on the tree well into April with good fruit quality. ‘Kinnow’ grows well in hot and dry climates, and therefore has performed well in Arizona, India, and the Coachella Valley of California. It is the most widely planted mandarin in Pakistan.

‘KinnowLS’ fruits are considered large for mandarins, with a typical orange rind color that is exceptionally smooth and easy-peeling. The fine-textured flesh is deep orange in color and tastes rich, sweet and juicy. Growth habit of the tree is vigorous, upright and vertical with outstanding production, which according to Roose and Williams (2011) will initiate within three years after planting. The trees can alternate bear, but can be culturally managed to reduce this tendency. 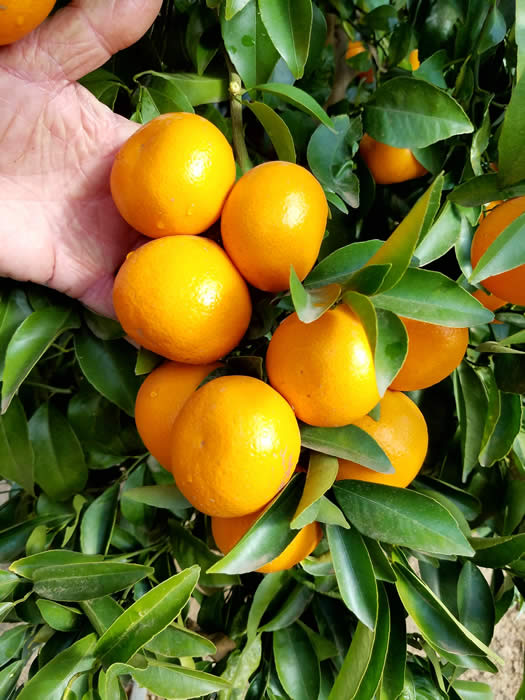 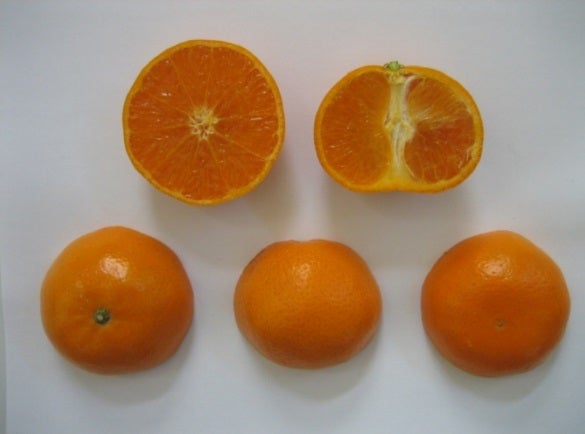