Received as a live tree from the UCR Breeding Program, 2007.

Tango is the result of a mutation induced by irradiating budwood of W. Murcott Afourer mandarin.

February to April. 'Tango'-General Recommendations on Cultural Practices, by Mikeal Roose and Tim E. Williams, 2008:" 'Tango' matures in late-January at most locations in California (desert-early December) and good fruit quality can be maintained on the tree for 3-4 months past maturity, however, based on trials where selected groups of trees were harvested on weekly intervals starting at fruit maturity and continuing through flowering until final harvesting six weeks after flowering, the size of the resulting crops the following year were in proportion to the timing of the harvest. Fruit harvested up to flowering resulted in significantly larger crops the following year than those harvested after flowering, crops decreasing with each week delay in harvest. In simple terms, it is best to harvest fruit prior to the full flowering period. This usually means mid-late March."

'Tango', similar to W. Murcott, can produce enormous crops for the size of the tree, but like many late-season mandarin will go into complete alternate bearing if allowed to do this (allowing fruit to hang on the tree well past flowering). Based on trials it is best to maintain crops at about 160-175 lbs./tree (~75-80 kilos) for trees on trifoliate, citrange and sour orange rootstocks. This will yield 6-7 (25#) boxes/tree, more than sufficient given the very high packout (~90%) of 'Tango'. Lemon-type rootstocks, since they produce a larger tree can support proportionally higher yields (8-9 boxes/tree).

It is advisable to thin 'Tango' starting in August to eliminate very small fruit and excessive fruit set. While a market exists for fruit smaller than 40s, premium prices are obtained for fruit in the 24-28 size range, sizes much more likely with thinning and production management.

'Tango' trees, like W. Murcott need to be pruned to maintain tree size and shape in relation to production. 'Tango' grows vertically when young producing ~four vertical branches that need to be pruned back at 2-3 years of age to about four feet in height (1.3m) to form a more rounded crown and to reduce limb breakage which will occur on these long 'leggy' branches. Ideally, 'Tango' trees should then be top and side-pruned on a regular basis to maintain shorter branches more capable of supporting fruit loads. Hand pruning is best since select branches need to be cut, mechanical pruning generally does not allow this.

Trials indicate that 'Tango' requires no special fertilization practices beyond those normally applied for mandarins with heavy fruit loads. Excessive nitrogen can result in rougher fruit. Prior to first fruiting fertilizer should be applied generously but judiciously to give the trees a good start, later fertilization should be fine-tuned.

3/11/2008, TEW: "Patented (Plant Patent #17863) irradiated selection of W. Murcott mandarin. Fruit of 'Tango' are similiar to W. Murcott in all appearance, quality and production characteristics with the exception of seed numbers. 'Tango' fruit are deeply oblate in shape with no neck. The fruit is medium sized for a mandarin (classed as Large by State of California standards and size 28 by industry packing standards) averaging 59 mm (2.32 in.) in diameter and 48 mm (1.89 in.) in height with a very smooth, deep orange rind color. The rind is relatively thin and at maturity is easy to peel. The fruit interior has fine flesh texture with 9-10 segments and a semi-hollow axis of medium size at maturity. Fruit are very easy to peel. The fruit are juicy averaging slightly over 50% juice with an average weight of 90.6g (3.2 oz.). Tango matures in winter (late January) and holds its fruit quality characteristics through April into May. Production is excellent averaging 800-900 cartons/acre when planted at densities of 250-300 trees/acre. Fruit from trees on Carrizo and C-35 citrange rootstocks average 11.1-13.1% soluble solids and 0.97-1.19% acid in January increasing to 13.5-15.4% soluble solids with decreasing acid of 0.54-0.82% in April. 'Tango' averages from 0.04 - 0.2 seeds per fruit in the presence of cross-pollination at seven trial locations throughout California compared to 11.6-22.6 seeds per fruit for W. Murcott. Pollen of 'Tango' has very low viability consequently it has a very low likelihood of causing seeds in other citrus, particularly mandarins, when planted nearby. Like W. Murcott, trees of 'Tango' have a tendency to overbear and therefore need to be regularly pruned to maintain good, not excessive production and to maintain fruit size and prevent alternate bearing. Crop yields should be limited to about 150-170 lbs/tree (6-7 mandarin boxes) through a combination of pruning and, if needed, fruit thinning and should be harvested on time, not left on the trees as this can lead to alternate bearing."

07/2007, JB, Citrus Clonal Protection Program: “W. Murcott Afourer mandarin (VI 462) is the variety source of the irradiated variety Tango. W. Murcott Afourer was received into quarantine at CCPP from Morocco via USDA-APHIS in June 1985. Under CCPP protocol all foreign imports undergo either thermal therapy or Shoot-tip-micrografting, or both, as a precaution against new or unknown pathogens which might not be detected during indexing. In January of 1986 VI 462 W. Murcott Afourer entered thermal therapy # 1721 at CCPP Rubidoux. Thermal therapy on this variety was completed in June 1986. In August 1987 VI 462 (Source Thermal therapy # 1721-10) entered final testing in the VI Index at CCPP. In the VI Index this variety tested free of known bud transmissible pathogens.

In May of 1989 the two trees of VI 462 were moved from quarantine at CCPP Riverside to the Lindcove Research and Extension Center and were planted in the CCPP Foundation Block. Very little was known about the variety or how it would perform under California conditions at this time. After 3 seasons of fruit and tree evaluation the two trees of VI 462 were registered with CDFA in 1992 and budwood distribution began.

From the time that these two trees were registered in 1992 to present, they have been annually retested for tristeza and vein enation by graft inoculation to Mexican Lime. Additionally these trees have been tested up to four more times per year during this period by ELISA for the presence of tristeza virus. Registered trees are also retested each third year for the presence of citrus viroids by sPAGE and each fifth year for the presence of citrus Psorosis and related pathogens by inoculation to sweet orange and Dweet tangor. In 1995 buds were cut from the registered trees in the CCPP Foundation Block at Lindcove REC and were moved to the lab of Dr. Mikeal Roose, Dept. of Botany & Plant Sciences, at the University of California, Riverside, for irradiation.

In December of 2005 budwood was harvested from the topworked tree in field 13 at Lindcove REC and moved back into quarantine at CCPP for retesting and propagation. Because the buds were taken from a topworked tree outside the CCPP Foundation Block, the CCPP elected to fully retest the variety to ensure that it is still free of bud transmissible pathogens. This variety completed the VI Index at CCPP as VI 765, Tango Mandarin, in July 2006. USDA-APHIS and CDFA quarantine release was granted in September of 2006.

Field propagations were made at CCPP and will be planted in the CCPP Lindcove Foundation Block in the spring of 2007. Several “Early Release” propagations were also made at this time and these potted propagations have completed testing for CDFA Registration. CCPP Foundation budwood distribution of VI 765, Tango Mandarin, is currently available. This June 2007 initial CCPP release of VI 765 will be under the conditional “Early Release” program and a maximum of 12 buds per order will be available to each participating nursery or grower.

Description of Tango from the UCR Breeding Program 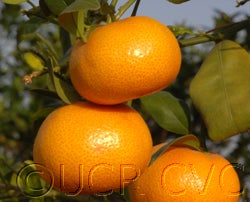 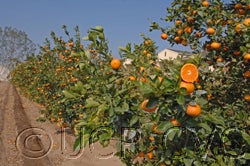 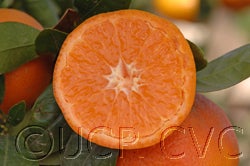 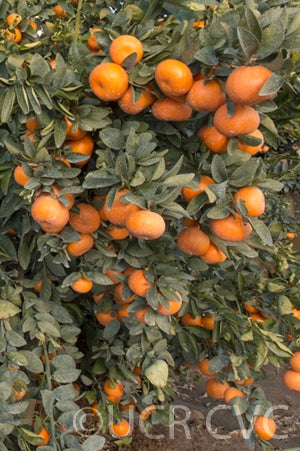 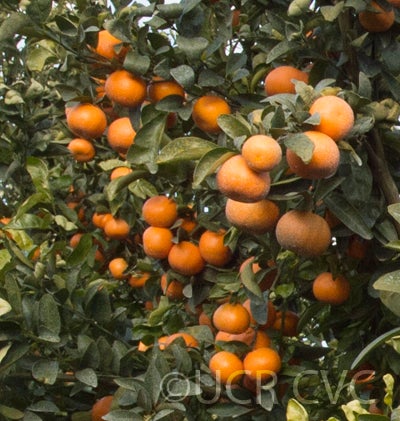 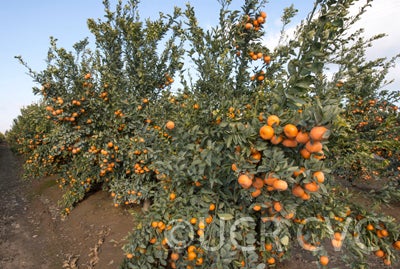 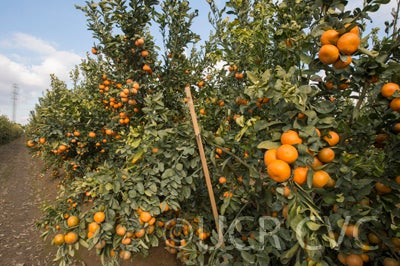 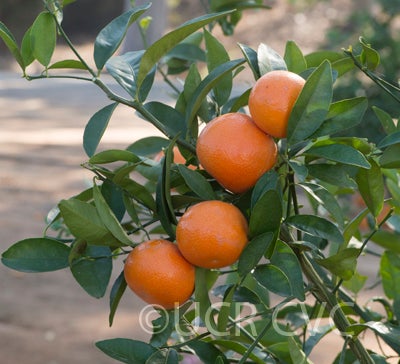