Received as budwood from Queensland, Australia, via the CCPP, 2006.

An Australian selection that originated as a sporting limb on a 'Ellendale'. Most probably a tangor.

RRK, 12/2006: 'Hickson' is reported to have originated near the town of Roma, Queensland, Australia, as a sporting limb on 'Ellendale' tangor.  'Hickson' is similar in many respects to its 'Ellendale' progenitor. In Australia, it is a mid-season variety, maturing starting in late June, about 2 weeks earlier than 'Ellendale'. 'Hickson' is considered to hang better than 'Ellendale', with the harvest date extending through August. In August, it is usually slightly puffed but the juice content is satisfactory. The general appearance of the tree is similar to 'Ellendale', although there are some differences in leaf shape. The fruit is similar in appearance to 'Ellendale' but the rind is not as smooth and it peels more easily. The fruit averages 6 cm X 5 cm, has a slight neck, and a smooth, yellowish-orange rind with some gloss. The orange-fleshed fruit is juicy with good flavor and has 12-15 seeds. 'Hickson' is resistant to brown spot and was initially considered a promising alternative to 'Ellendale'. However, 'Hickson' declines when propagated on rough lemon rootstock due to probably genetic or physiological reasons. It is also susceptible to a crotch rot associated with Phomopsis and in addition does not perform well on trifoliate. For these reasons, it is no longer as popular in Australia. This variety is currently being evaluated by the Citrus Variety Collection. 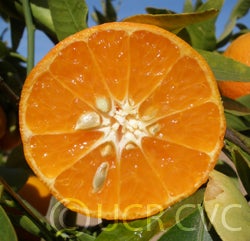 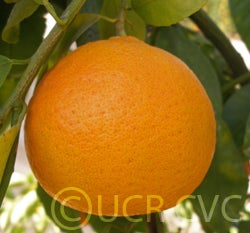 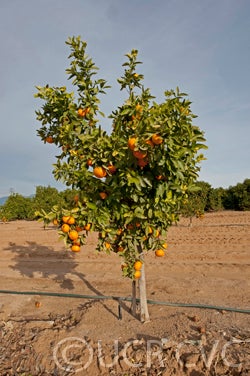 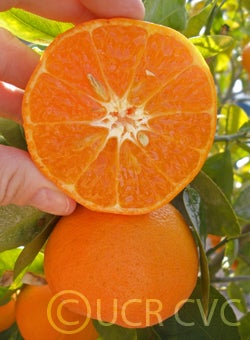 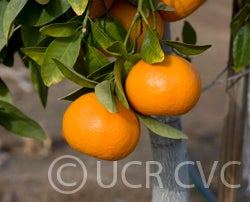 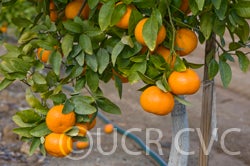