This is supposed to be a hybrid of C. limon x Fortunella sp. Current accession derived from open pollinated seed. The original seedlot produced 5 apparently identical seedlings. Two of these were planted in field for observation in 1998. The seedling was selected as being consistent with the description by Ottilia 'Toots' Bier and Robert Krueger and was retained as CRC 4097 in 2002.

E. Mortensen, 1954: (From Citrus rootstocks in the Winter Garden area of Texas. Proc, 8th Ann Rio Grande Hoort Inst, pp 13-22): 'Lemonquat is a chance hybrid found by Leslie Cude at Beeville, Texas. One tree budded on sour orange in 1942 was 8 feet tall with a 7-foot tree spread at 10 years of age. It is fairly open and thorny with flowering habits like the kumquat. Fruits are round to pyriform, ranging from 1 1/2 to 3 inches in diameter, and orange yellow when ripe. The interior of the fruit is lemon like, has a pleasant acidity, and becomes sweeter in March and April. It is highly cold resistant, and the remarkably uniform seedlings develop rapidly. Swingle considered this variety as a probable hybrid of Meyer lemon and kumquat.' The donor, A. Leoblich, hand wrote in the label: 'mostly a mandaquat not a lemonquat.'

Olson and Sleeth, 1965: 'Lemonquat' is a chance hybrid found at Beeville and tested at Crystal City, Texas...The 'lemonquat' has value for backyard culture in areas where standard lemons are injured by cold, since it has acid fruit, is cold-hardy, and blooms several times a year. It can be propagated as cuttings."

RRK, 08/2007: The fruit of this lemonquat are very similar to those of Sunquat which suggests to us that this is another mandarinquat (perhaps it has Clementine or Dancy tangerine as a parent). Circa 1981, Chapman suggested such a possibility and Mortensen agreed that the Rio Grande Valley Lemonquat could also be a mandarinquat." (Loeblich and Walden, 1993) At the time of donation, Dr Loeblich reiterated his belief that this accession is probably a "mandarinquat". Olson and Sleeth (1965) recommend as a rootstock 'Cleopatra' mandarin or calamondin. 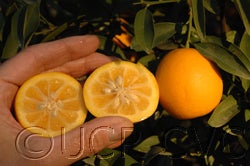 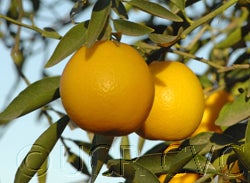 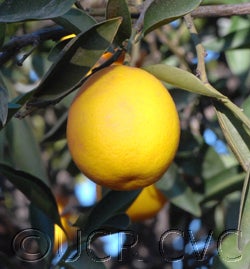