Received as budwood from Florida. 'Centennial' variegated kumquat hybrid was released by the Agricultural Research Service of the USDA in 1993.

"Centennial" resulted from a spontaneous variegated mutation observed by HC Barrett in 1986 on a small twig of US 1515, an unnamed breeding selection. US 1515 originated from open-pollinated seed of "Nagami" kumquat planted at the AH Whitmore Foundation Farm, Leesburg, FL in 1975.

OJB: Centennial is a small, shrubby tree with an upright growth habit.  The attractive tree has a fine texture and is thornless.  The leaves are variegated pale yellow and cream, and the immature fruits are striped light green and light yellow.  At maturity, the fruits acquire an orange color and the striping becomes less pronounced.  The fruits are oval and necked, up to two and one-half inches long, with a smooth rind.  The flesh is acidic, juicy, light orange, and low-seeded.  The fruit matures in winter and holds well on the tree. It is possibly suitable for marmalade.

'Centennial' was named in recognition of the 100th anniversary of the USHRL. When grown in containers on trifoliate, 'Centennial' is a small, shrubby tree with dense, thornless, short-internoded branches. Leaves are elongate-ovate with a generally tri-colored variegation. Fruit are also variegated but in a different pattern, apparently with characteristics similar to 'Nagami' in other regards. Suggested use of 'Centennial' is as an ornamental.

DK, 1/2009: There is a much greater proportion of juicy flesh and a thinner peel than one finds in Nagami kumquat. Nagami has a simple oval shape, but Centennial Variegated is rounder, with a short neck. Since US 1515, the parent tree from which the mutation occurred originated from open-pollinated seed of 'Nagami' kumquat, it seems  likely that this parent was in fact a kumquat hybrid, possibly with mandarin. 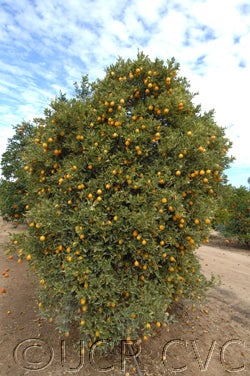 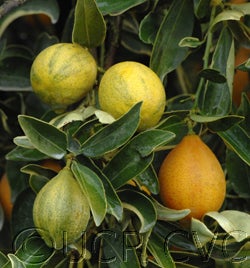 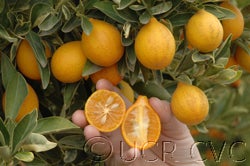 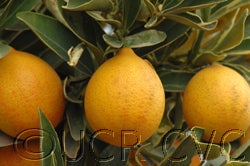 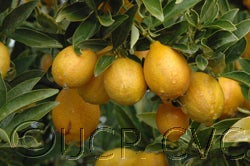