Received as budwood from Ottillia J. Bier from a tree that she purchased at a garden center and planted in her backyard, Riverside, Ca, 2000.

Tavares is believed to a hybrid of the West Indian lime and the oval kumquat (Fortunella margarita).

"Of the limequats, which are bigeneric hybrids, three varieties have been named —Eustis, Lakeland, and Tavares.  Their importance is approximately in that order.  All are characterized by fruits that closely resemble the West Indian lime in size, form, and composition and hence are reasonably acceptable substitutes.  Eustis and Lakeland also closely approach the West Indian lime in color.  Tavares, however, exhibits some of the orange coloration characteristic of the kumquat and the pink coloration of the flower buds which occurs in the West Indian lime.  All of the limequats are more cold-resistant than the lime parent but considerably less so than the kumquat.

None of the limequats has achieved commercial importance for the fruit, but Eustis and Lakeland are grown somewhat as ornamentals.  In California, they are popular as potted or tubbed plants for patios and terraces.

Eustis and Lakeland are sister hybrids of the West Indian lime and the round kumquat (Fortunella japonica), and Tavares is a similar hybrid with the oval kumquat (Fortunella margarita).  They were made by W. T. Swingle of the U.S. Department of Agriculture in Florida in 1909 and were named and described in 1913." 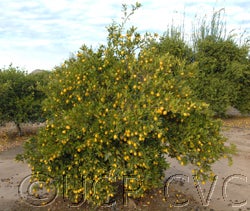 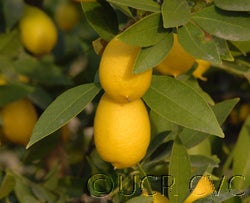 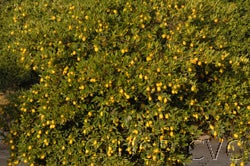