Barnfield was contract clean-up for L. Caratan, Delano, CA, which retained exclusive propagation rights in the United States. Currenlty, the California Citrus Nursery Society has been granted an exclusive license to sell buds and trees of Barnfield Summer navel. First selected by Wayne Barnfield, Ellerslie, NSW, Australia, circa 1985. It is apparently a sport of Washington navel; said to have good size and carry well on tree without chemicals until June.

Commercially available in California through the Citrus Clonal Protection Program. THIS IS A PROPRIETARY CULTIVAR. 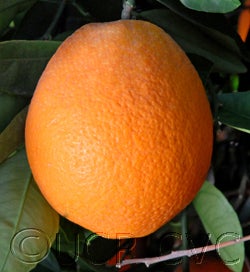 Let us help you with your search