March to July; October to December

The original description by Pierre reads, translated, as follows: "Branches rounded, pubescent.   Leaves imparipinnate, with 6-9 opposite or alternate leaflets, which are subdeltoid, ovate-acuminate, obtuse at both ends, 5-14 cm long, 5-8 cm wide, submembranous, coriaceous, with 7-8 pairs of small lateral veins.   Inflorescences terminal, pubescent, 10-20 cm long, much branched with rather large (5-6 mm diam.), sessile flowers.   Sepals 1 mm long, very coriaceous, pubescent on the outside and ciliate.   Petals 3.5-4 mm long, very concave, obovate, veinless, red spotted.   Stamens 7-10, 2.5 mm long, with the filaments flattened below and subulate above, longer than the anther, which is oval and without an apical gland.   Disk cupuliform.   Ovary 2.5 mm long, with 5 locules, each carrying on the outside 2 large glands.   Ovules 2 in each locule."

The description of the disk by Pierre as cupulate is difficult to credit.   A photograph of the flowering type specimen (Harman, No. 3875) in the Paris herbarium, placed at Swingle's disposal by Tanaka, led him to think that Pierre mistook a ring of small bracts at the base of the very short pedicel (only about 1 mm long) for the calyx and the calyx itself for the disk!   The length of the flower from the base of the calyx to the stigma measures about 3 mm, the calyx flattened-rotate, about 2 to 2.5 mm wide, tapering rapidly into a very short pedicel about 1 mm long (including the bluntly conical base of the calyx); at the base of the pedicel are several small bracts and sometimes one or two small flower buds which may develop later, or more often abort and fall off.   These bracts and buds are borne on a slender terminal branchlet of the inflorescence 3.5 to 8 mm long.   The ovary is subglobose or broadly oval, about 1.2 to 1.5 mm long and 1 mm wide; the style is cylindrical, 0.4 to 0.5 mm long and 0.2 to 0.3 mm wide, not contracted at the base where it joins the ovary tip.   The gynophore is shorter than in most species of Clausena, but seems to be otherwise normal. 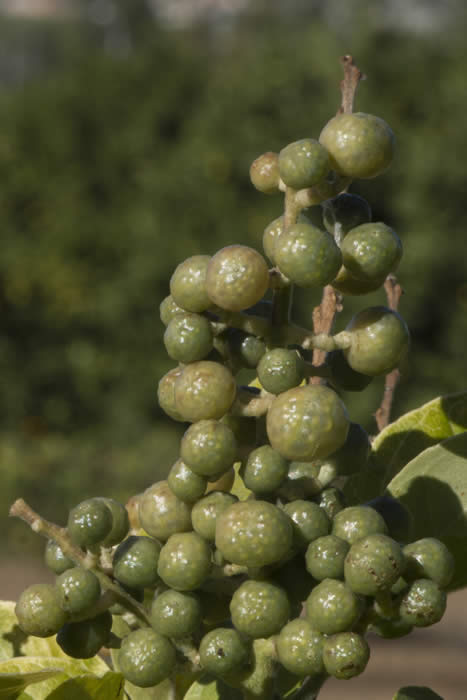 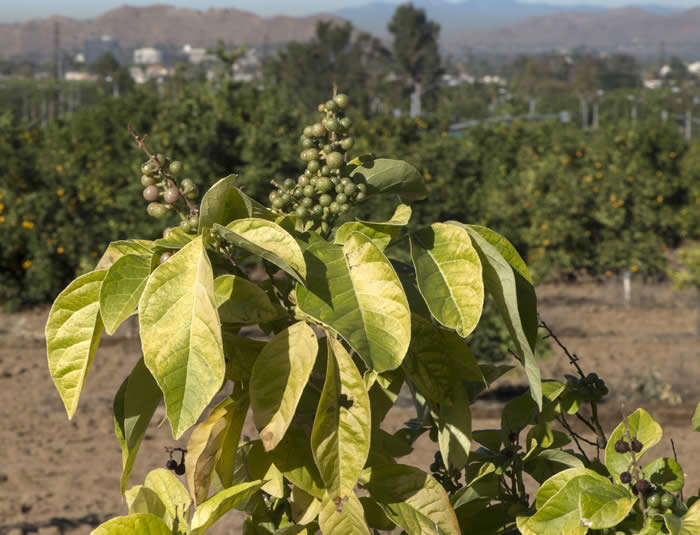