Navelina or Dalmau (VI 532) was originally called Smith's Early at the Citrus Research Center when it was selected as a budsport selection from the Rubidoux Tract variety block about 1910. ‘Smith’s Early’ was exported to Spain in 1933 from the Citrus Research Center in Riverside, Calif. This variety underwent extensive selection in Spain, and was reintroduced to California from Spain in 1990 under the name Navelina.

Navelina trees are not very vigorous, and semi-dwarf in size. The fruit is medium to medium-large in size and slightly pear-shaped with a small navel. The fruit have very smooth rind and have reddish orange rind color at maturity. The fruit mature very early and are juicy with a sweet flavor that is less sprightly than Washington navel.

In comparison with Washington, the fruit of the Navelina variety averages a little smaller and has a much less prominent navel, the rind is smoother and deeper colored, and maturity is much earlier. The flavor is not as rich and sprightly. The tree is notably less vigorous and smaller.

Gonzalez-Sicilia (1963) reports that this variety was received about 1933 from the Citrus Research Center, Riverside, California, under the name Early Navel (R5, T8, CES 574). The records at the Citrus Research Center show that the variety was accessioned about 1910 under the name Smith's Early Navel and was thought to be a budsport of local origin. Under the Spanish name Navelina, presumably referring to the small tree, this variety is now available from several nurseries in Spain. It is grown in Portugal under the name of Dalmau and is under trial in a number of other Mediterranean countries. Currently, the principal center of commercial production is reported to be the Sagunto-Castellón district, north of Valencia, Spain.

Chapot reports that two clones are recognized in Morocco. That described above is called Dalmau (name of a Spanish nurseryman). Another, similar in all respects except that the color of both fruit and leaves is less intense, goes by the name Navelina." 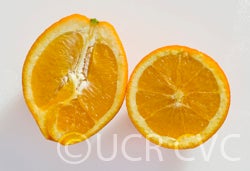 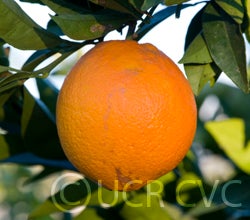 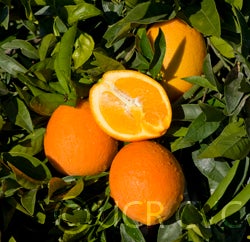