11/11/2010, RRK: A new dual purpose Florida orange. See Citrograph 74(5):110, March 1989. To be processed thru CCPP for the variety coll and Lindcove. (EM Nauer, 1989)  'Ambersweet' is PI 539648. PI 600671 was mistakenly assigned. When the mistake was noticed, PI 600671 was inactivated. PI 539648 should be used for 'Ambersweet'. General descriptions of 'Ambersweet' can be found in the citations below: Anonymous (1989), Tucker et al (1998), Jackson and Futch (2003), and Saunt (2000). 'Ambersweet' was originally released as a dual use "orange" for processing and fresh market. It has the advantages of being early (mid-October - December in Florida) and moderately cold-hardy. It is interesting that extensive studies had to be done in order to classify this complex hybrid as an "orange" for processing purposes (see citations below). After being extensively planted in Florida early in its release life, various problems became apparent. As stated by Tucker et al (1998): "Trees up to six years old in commercial plantings have produced relatively low yields of poor quality fruit. However, the outlook for both production and quality improves with age especially where irrigation and nuitrition programs are carefully managed...Rooststock selection, precise cultural management and innovative marketing are some of the keys to the successof Ambersweet as a commercial variety." As per Jackson and Futch (2003): "Fruit produced on trees in solid plantings of Ambersweet are likely to be nearly seedless, while trees in mixed plantings are usually seedy due to the influence of cross pollinators. Yields of Ambersweet have proven to be commercially unsatisfactory and many plantings have been removed or topworked to more desirable varieties...Low yields and poor juice quality have relegated this variety to the dooryard...Some Ambersweet trees...have been slow starters. Trees sometimes languish for several years before commencing anticipated growth normal for a young citrus tree." Consequently "Ambersweet's potential in Florida now looks far from certain...It is losing popularity and few plantings have been made in recent years" (Saunt, 2000, p22). See also Albrigo et al (2001) for more on the pollination issues. Teetter (1999) offers an interesting perspective on these problems from the breeder.

Fruit quality data and additional information is available from CCPP. 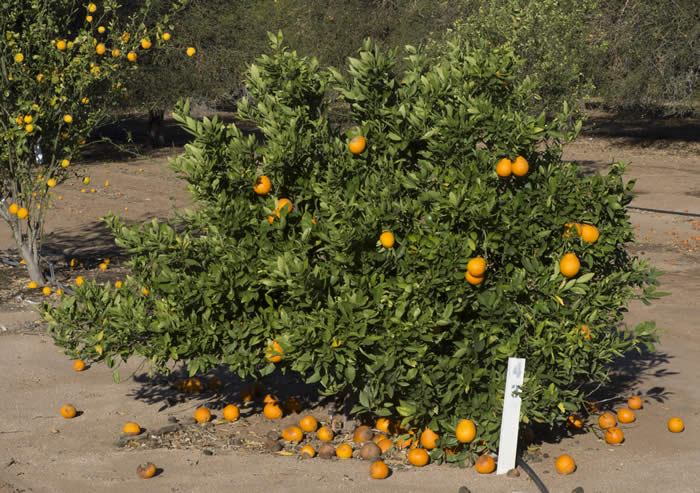 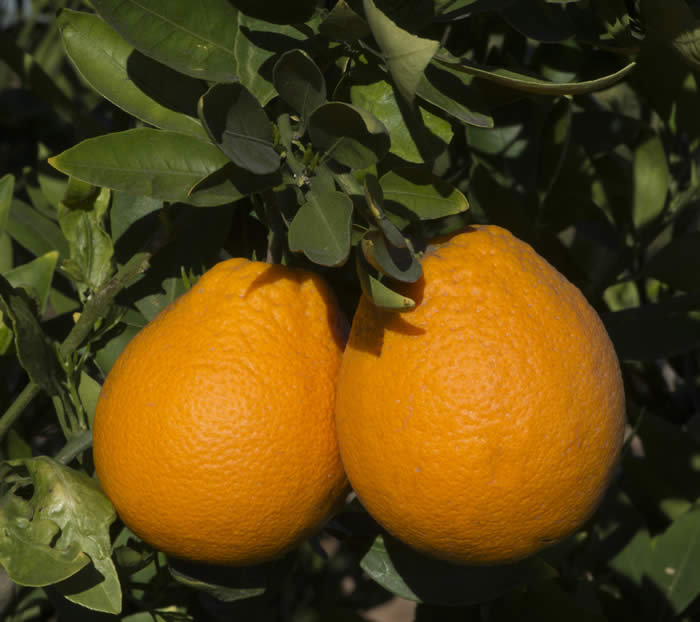 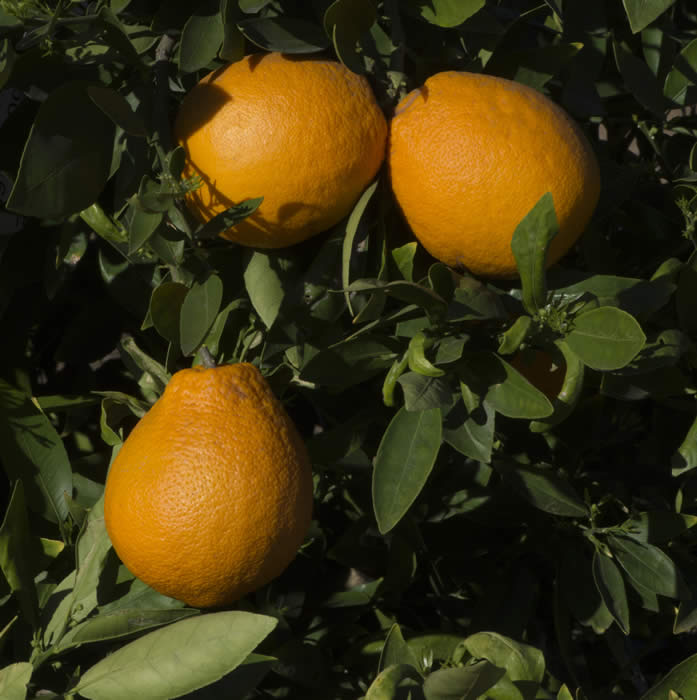