This variety has not been released.

Received as budwood from the UCR Breeding Program, 1987.

TDE #1 is a hybrid with Temple tangor, and Dancy and Encore mandarins.

TDE #1 is a hybrid with Temple tangor, and Dancy and Encore mandarins in its parentage. Initially, TDE #1 was not considered for release because it seemed too similar to Shasta Gold (TDE #2), a sibling of TDE #1, and it doesn't make sense to release two nearly identical varieties.  However, since the release of the sibling varieties, TDE #1 is being reconsidered for release after evaluating that the fruit is slightly later and smoother than Shasta Gold.

2/23/1990, EMN: This is Dr. J.W. Cameron's priority #1 of four new seedless (tetraploid Dancy) mandarin hybrids that he thinks should be entered into CCPP and moved to Lindcove for possible release to the industry eventually. Very light crop- about 1/2 of fruit on ground. External: Oblate to spherical. This is a very firm fruit, should ship well. Rind color deep orange. Internal: seedless, flesh deep orange, not as juicy as CRC 3973 & 3974. Peels & sections well. Flavor is strange and as not good. I don't like this flavor at all. 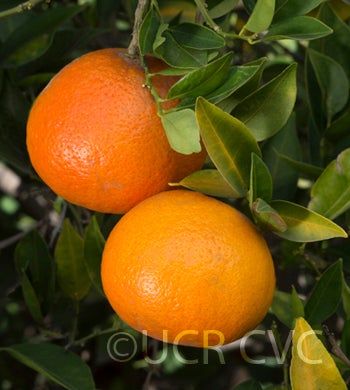 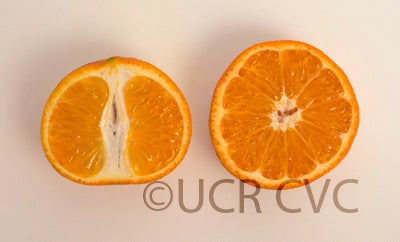 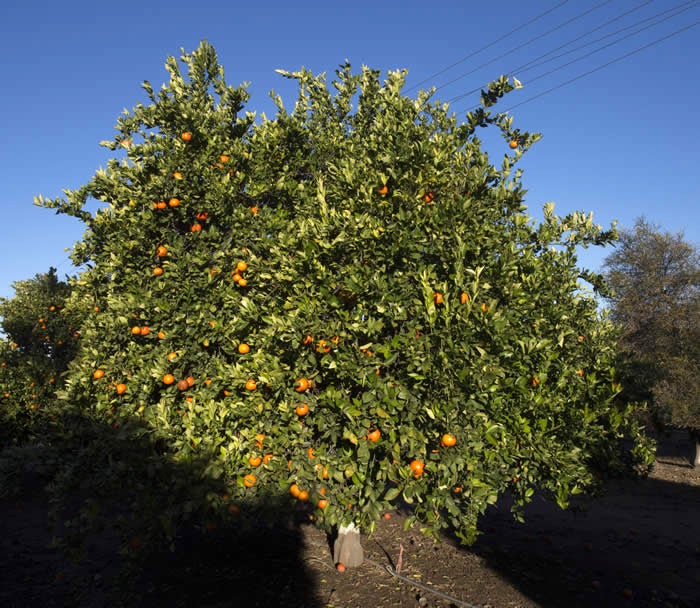