Received as a cutting from Glenn Dale Quarantine Facility, origin not given, 1983.

This species differs widely from all the other species of the genus, as has been noted.   The wampee is a highly esteemed fruit tree in southern China, where sour, subacid, and sweet varieties are known.   The white or yellow fruits are ovoid or subglobose, about the size of a pigeon’s egg, but varying in size and shape with the variety cultivated.   The inflorescences are large panicles at the ends of the branches, so the fruits occur in rather openly-spaced clusters.   In texture, the wampee fruit is much like a loquat and is a berry without a tough peel.   An illustrated treatise in Chinese by Mill Tsen [Ts’êng Mien-chih, in Mandarin transliteration] (1936) described in detail six varieties and figured the fruit and a leaflet of each variety.   (Mill Tsen mentioned another variety [no. 6 below], which is not figured.) 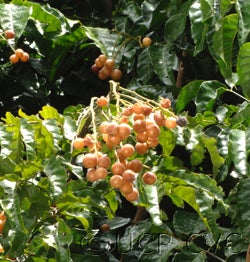 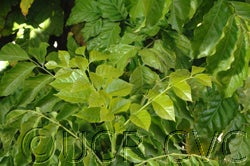 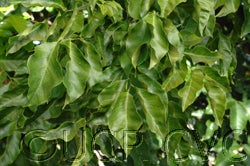