Received as budwood from Morocco, 1985.

W.Murcott Afourer is a tangor of unknown parentage, which was imported to California from Morocco in 1985.

The tree is moderate in size and vigor. The fruit is usually flattened with a thin, smooth, orange rind that is easy to peel. The fruit is low-seeded in the absence of cross-pollination, but seedy when cross-pollinated.  The flesh is orange-colored and juicy, with a rich and sweet flavor.  As with most mandarins, W. Murcott is susceptible to alternate-bearing.  The fruit matures in February and holds on the tree very well.

12/2008, TLK: Budwood of the variety ‘W. Murcott Afourer’ was first released from the Citrus Clonal Protection Program for propagation by California citrus nurseries in January of 1993.  According to information from Dr. El-Bachir Nadori in letters from him,’ W. Murcott’ originated as a seed from a Murcott tree so he assumed that W. Murcott was a chance hybrid of Murcott and an unknown pollen parent.

Murcott is listed in the Citrus Industry Volume I Chapter 4 page 517 by Robert Willard Hodgson published in 1965 (see reference below). Murcott is described has having an obscure history but that it is believed to be a tangor of unknown origin. ‘W. Murcott’ is not listed in the Citrus Industry Volume I Chapter 4 because this variety was developed after1965.  ‘Murcott’ and ‘W. Murcott’ are both listed in James Saunt’s “Citrus Varieties of the World” with the tangors, tangelos and other mandarin-like varieties presumably based on the information in the Citrus Industry Volume I.  The term tangor was one of a number of terms developed by Webber and Swingle in the early 1900s to classify hybrids between types.  Hybrids of mandarin and orange were designated tangors.  Most of these resemble mandarins and include varieties such as ‘Temple’, ‘Ellendale’ and ‘Ortanique’.  Recently released mandarin hybrids ‘Tahoe Gold, ‘Shasta Gold’ and ‘Yosemite Gold’ have the tangor ‘Temple’ as one of their three parents and the other two parents are mandarins.  The presence of orange in the heritage of this complex hybrid makes it difficult to determine how to classify these varieties that resemble mandarins.  Since there are a number of  varieties that have a small proportion of their heritage that is not mandarin, and since oranges and grapefruit have been shown to be hybrids of the three primordial types, a number of scientists including myself now commonly refer to all varieties that produced fruits that resemble mandarins as mandarins or mandarins and mandarin hybrids.

To make matters even more complicated, in the mid 1970s results of research by several taxonomists suggested that there are really only three primordial or fundamental citrus species in the Citrus subgenus: C. medica (citron), C. reticulata (mandarin), and C. maxima (pummelo). The three species taxonomic system is supported by data showing actual genetic relationships and is being used to understand the evolutionary ancestry of current commercial types.  All other species of citrus arose from single or sequential crossing events, which produced hybrids between these three species or their offspring.  The lemon, lime, sour orange, sweet orange and grapefruit types are now thought to have arisen as hybrids of the three primordial types and papedas and kumquats. The sexual hybridization events that yielded lemon, lime, sour orange, and grapefruit types resulted from the shuffling of a large number of genes as a result of crosses between the three primordial types and the kumquats and papedas.  Small genetic changes or mutations can result in a new variety and are believed to be responsible for generating varieties within the hybrids of these three primordial types.   Given this current understanding and results from research in the laboratory of Mikeal Roose, oranges have pummelo and mandarin in their ancestry. 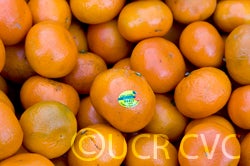 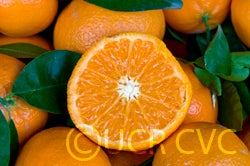 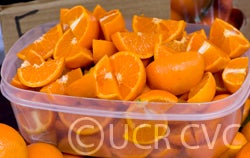 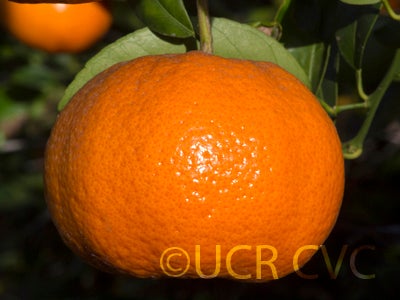 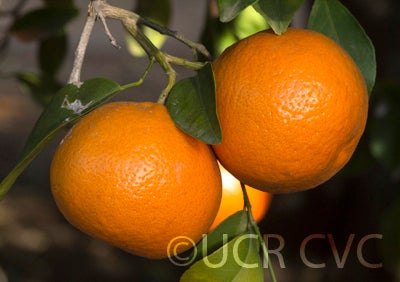 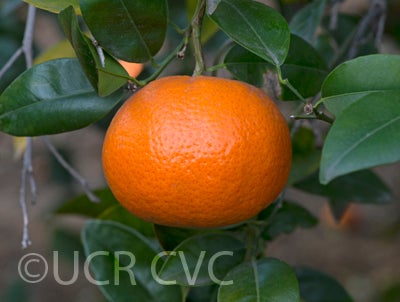