Received as budwood from the US Date & Citrus Station, 1980.

Daisy is a cross between Fortune mandarin and Fremont mandarin and is considered to be better than either of it's parents. Daisy was named officially by Dowlin Young of Young's Nursery in Thermal, California, after his wife.

11/22/1988, EMN: Excessive splitting of fruits noted, this may prove to be one of Daisy's weak points. Daisy has its disadvantages, and these appear to be seediness, a strong tendency to be highly alternate bearing, and granulation of larger sized fruits.

Daisy mandarin, a hybrid between Fortune and Fremont...looks like it may be better than either of its parents. Daisy produces a medium-large, mid-season mandarin with attractive dark orange rind. It peels and sections well. It is moderately seedy with one to three seeds per section. Flavor was excellent in mid-January at Lindcove this past season. Daisy may well be worth commercial trial. Foundation budwood will be available in the fall of 1987. (Nauer et al, 1986)

OJB: Daisy produces a medium-large, mid-season mandarin with an attractive dark orange rind. It peels and sections moderately well. The tree produces a heavy crop with the fruit held in large clusters, but has a strong tendancy to be highly alternate bearing.  Daisy is moderately seedy with one to three seeds per section.

RRK, 4/15/2015:" 'Daisy' was named after the wife of well-known California citrus nurserymen Dowlin Young. The story is that this hybrid did not receive much attention, but that Mrs Young enjoyed its taste while visiting the Date & Citrus Station in Indio. Therefore, John Carpenter named it Daisy. One variant of this tale (from Art Futterman) states that when the Youngs revisited the Station, JBC did not remember this. 'Daisy' mandarin is reasonably well known in California but has apparently not been used much in other areas. A note in the archival file on this maintained at UC Riverside and NCGRCD states that 'Daisy' was "not officially released by USDA". However, it was sent to CCPP for clean up and was released to the industry by UC. This may have been associated with the termination of the US Date & Citrus Station in 1982. " 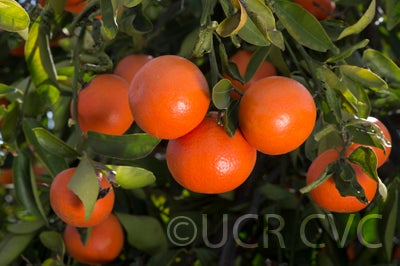 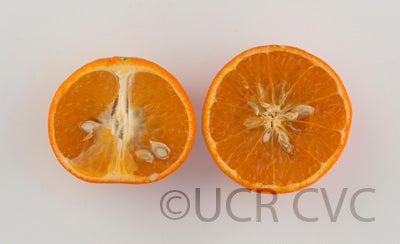 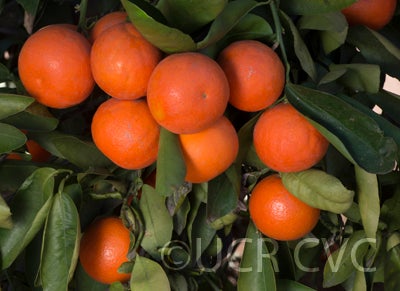 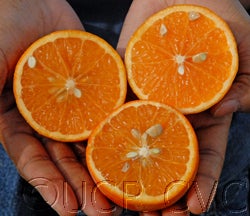 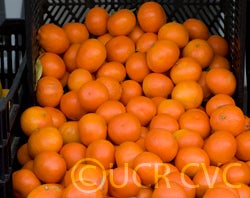