Seed importation by R. Scora. This is a tropical Fortunella and may or may not survive in the field at Riverside. Decision of R. Scora

EMN, 1/1987: Keep in greenhouse & lathhouse only. Do not plant in field at Riverside.

A kumquat collected in May, 1922, by F. A. McClure (No. C.C.C. 9449) along a woodcutters' path in dense forest on the south slope of Five Finger Mountain, now in the National Arboretum Herbarium at Washington (C.P. Or. Herb. No. 7714), was identified by Tanaka (slip SW-316) as Fortunella swinglei.   The leaves are slender, lanceolate, acuminate, with the very tip emarginate; the petioles are slender, 12-14 mm long, and very narrowly winged above.   Fruits are not known.   It looks like the wild form from which the Malayan kumquat has been developed by culture or by hybridization.

This species is as yet inadequately known.   The cultivated form common in the Malay Peninsula, where it is called limau pagar, or "hedge lime," has much larger fruits than any other species of Fortunella, and likewise a thinner peel.   It may possibly prove to be a limequat, i.e., a hybrid of a Fortunella and some variety of Citrus aurantifolia, but, if so, it is abnormal in having only five locules in the ovary and only two ovules in each locule.   It also has an abnormally high number of stamens, which may indicate hybridity." 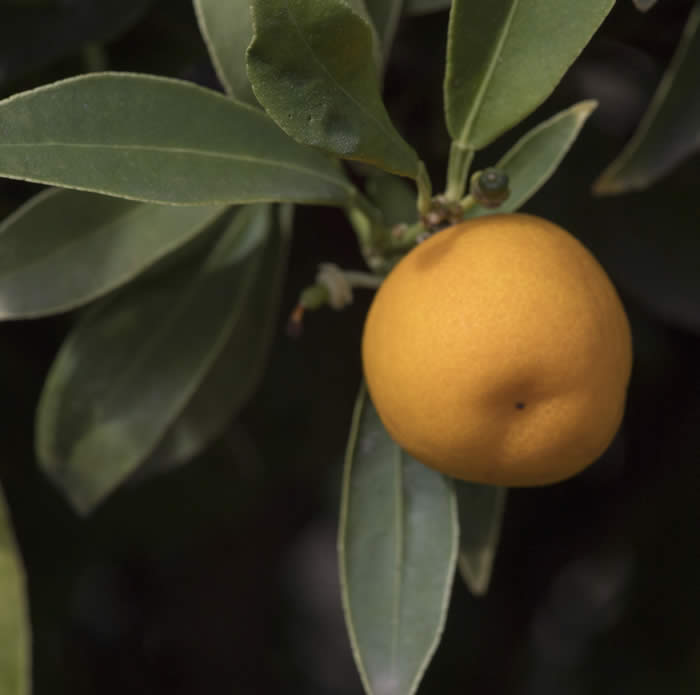 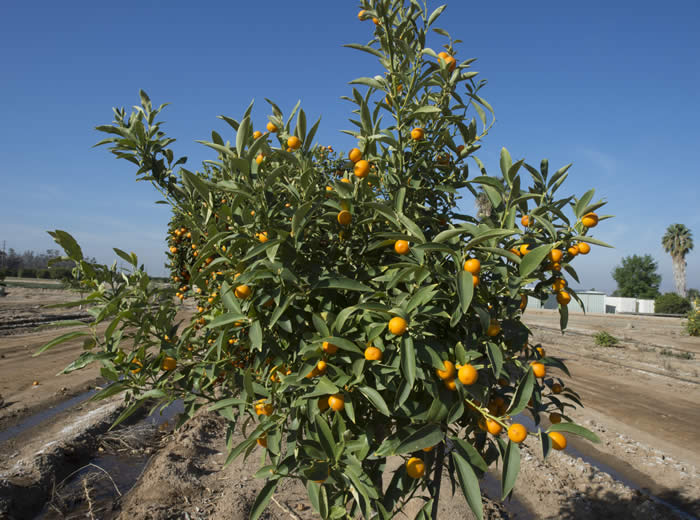 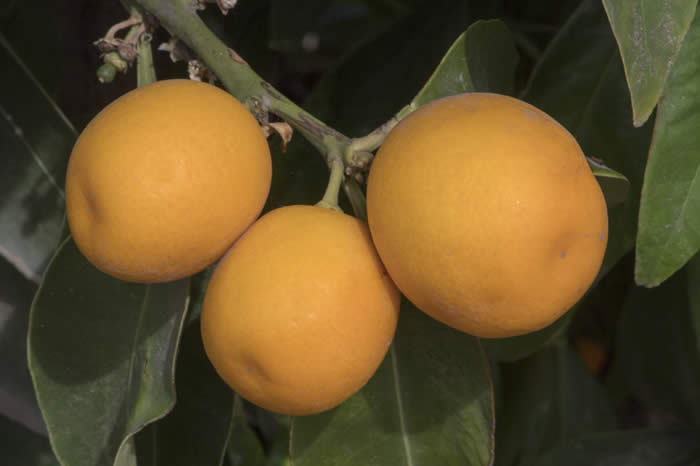 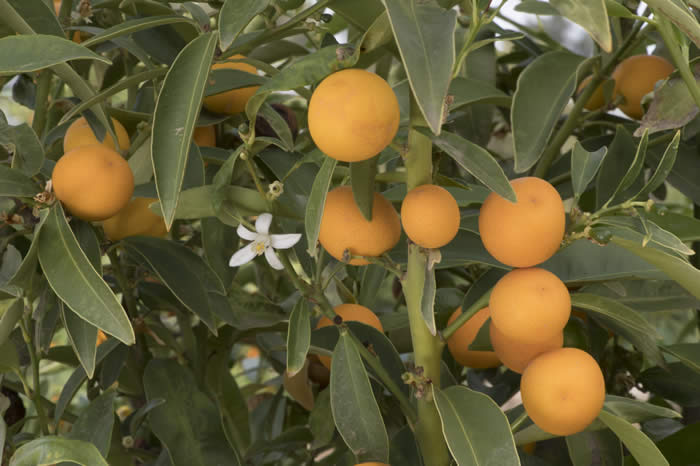 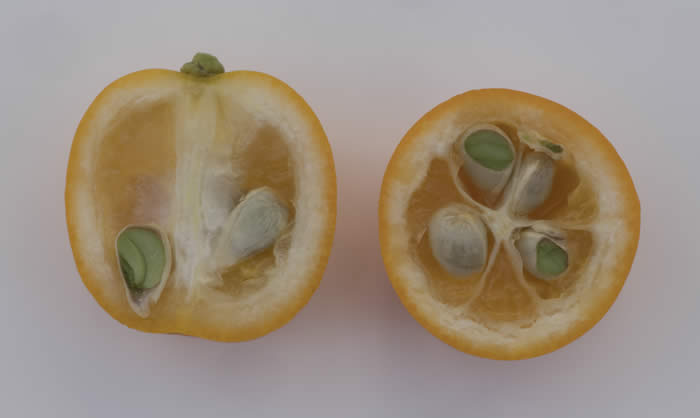