Received as budwood from Portugal, imported by J.W. Cameron via Glendale, 1963.

1987, EMN: VI 418 is shoot tip graft budline of VI 301. Don Joao may be identical to Valencia; and it certainly has appeared to be a typical Valencia here.

07/2007, TK: Francisco Llatser Brau, AVASA, said that this variety is currently being used for juice in Spain.

"This is a very late-ripening Portuguese variety that came to light in 1943 in the Don João quinta (orchard) near Beja (Galvão, 1943).  It is so similar to Valencia that Eng. Bento Nascimento, director of an agricultural research station at Tavira in the important Algarve citrus region, lists it in a recent communication as a synonym for Valencia Late.

Don João traces back to two very old trees, the sole remaining survivors in 1943 of a larger planting.  The fruit of these trees was very late in maturing and held well on the trees through summer without loss of quality.  The writer recently visited this orchard and found only one tree remaining.  The tree is thought to be not less than eighty years old and may be older, although it has been neglected for many years, severely pruned, and does not look that age.

The writer found young, bearing Don João trees alongside Valencia at both the Tavira and Setúbal citrus research stations to be indistinguishable.  He considers the possible good that they are the same, since contrary to popular belief the evidence indicates that Valencia is likewise of Portuguese origin or introduction.  Don João has been much planted in Portugal in recent years and on a small scale in Morocco (Chapot, 1963e)." 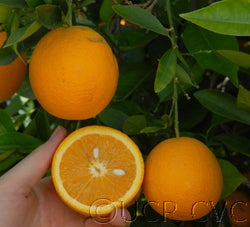 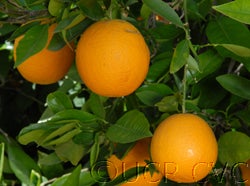