Six seedling budlines were fruit at Lindcove; all appeared identical.

EMN, 3/1987: Somewhat elongate orange but not as elongate as Perao.

Tree vigorous, upright; foliage dense, with many leaves of which the petioles are unevenly winged; very productive.

Moreira and Filha (1963) and other Brazilian horticulturists have expressed the opinion that the Pera variety is probably the same as Lamb Summer of Florida.  If so, it originated as a seedling in Volusia County sometime prior to 1897, when it was first described and named for the owner.  It never attained much importance in Florida.  Several clones are recognized of this variety in Brazil, including Perão, a light-bearing tree with fruit which is large and resembles Shamouti.   A. Salibe has called attention to the resemblance between Pera and the Berna variety of Spain. 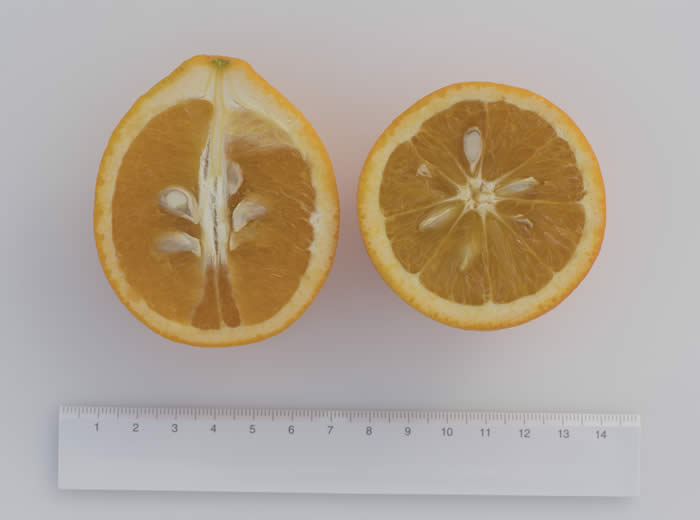 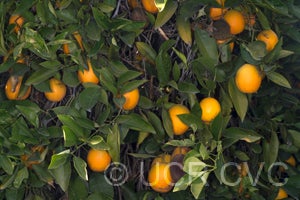