2/24/1988, EMN: Six seedling budlines fruited at Lindcove, all appeared identical. The term "Seville orange" is considered a synonym for "Sour orange", not a variety therof. Fruit is a typical sour orange.

OJB: Seville sour orange is the variety of sour orange traditionally used to make orange marmalade. The tree is attractive, large, vigorous, and cold tolerant. The fruit is medium-large, round, with a depressed apex, and has pebbled dark orange rind. Seville fruits mature in winter and are seedy, bitter, and acidic. Commercially, the fruits are valued for their oil content and juice. The fragrant flowers are used in China to flavor tea, and in Europe the flowers are the source of oil of neroli, used in perfume manufacture.

"This is the ordinary bitter orange so extensively employed as a rootstock and grown in Spain and elsewhere as a marmalade fruit.

The principal marmalade variety in Spain (Gonzalez-Sicilia, 1963) is Sevillano (Agrio de Espana, Real), which is said to consist of a group of selected clones characterized by vigor, comparative freedom from thorns, and productivity.

In California, comparison of rootstock clones from many parts of the citricultural world with some of local origin has revealed a considerable range of variation in both tree and fruit characters but none has proved to be outstandingly superior though several have been named." 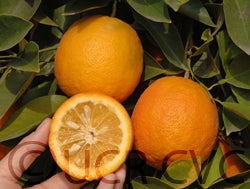 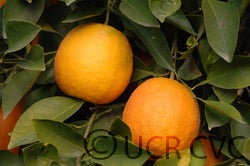 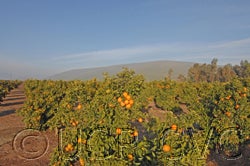 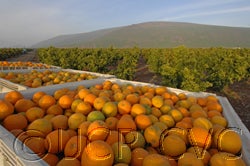