OJB: Murcott is the same variety marketed by Florida growers under the name Honey. It is believed to have come out of the U.S. Department of Agriculture citrus breeding program in Florida in the early 1900s. Murcott trees are moderate in size and vigor with a somewhat upright growth habit with willowy branches. The fruit tends to be borne near the outside of the tree. Alternate bearing often occurs in this variety, and if the fruit burden is excessive in the "on" year, the tree may die due to a carbohydrate depletion commonly referred to as "Murcott collapse." The fruit is medium-sized when the tree is carrying a moderate fruit load. The orange rind is thin, smooth, and peels moderately well.

"Fruit medium in size, firm, oblate to subglobose; shallowly ribbed to conform with segments; both base and apex flattened or slightly depressed.  Rind thin, rather tightly adherent and not readily peelable; surface smooth to slightly pebbled; color yellowish-orange at maturity.  Segments 11 to 12, moderately adherent; axis medium-large and semi-hollow.  Flesh orange-colored; tender, very juicy; flavor very rich and sprightly.  Seeds small, few to numerous, and cotyledons white.  Medium-late in maturity.  Holds only moderately well on tree with some granulation but does not puff.  Ships exceptionally well.

Tree medium in vigor and size, upright-growing with long, willowy branches; leaves medium-small, lanceolate, and sharp-pointed.  Fruit mainly borne terminally and hence exposed to wind, frost, and sunburn injury.  Productive but with tendency to alternate bearing and one of the most sensitive mandarins to cold.

To avoid confusion with the hybrid Honey mandarin variety of California origin, the name Honey should not be used for this variety even as an appendage.  Likewise, the name Smith should be dropped since Murcott clearly has priority.

The origin of Murcott is unknown and its history obscure.  The oldest known budded tree, from which the present commercial acreage largely if not entirely traces, still remains on the place formerly owned by a nurseryman, Charles Murcott Smith, in Bayview, Clearwater, Florida, and is thought to have been budded about 1922 (Ziegler and Wolfe, 1961).  It is believed that the budwood was obtained from a neighbor, R. D. Hoyt of Safety Harbor, who was a cooperator in the citrus breeding program of the U.S. Department of Agriculture, which maintained a nursery of citrus hybrids at Little River, Miami, until about 1916.  Evidently the parent tree was one of the hybrids which Mr. Hoyt received from the Department of Agriculture nursery at Miami sometime prior to 1916.  Unfortunately, records are not available concerning this transaction or the labels for the trees provided.  Under the name Honey Murcott, small-scale commercial propagation was undertaken by the Indian Rocks Nursery in 1928.  The first commercial planting, which brought this variety to prominence and is largely responsible for its present popularity, seems to have been that of J. Ward Smith (no relation to C. Murcott Smith), near Brooksville in 1944, who first marketed the fruit under the name Smith tangerine, apparently unaware that it had already been named.

It is the consensus of Florida horticulturists that this variety is a tangor of unknown origin resulting from the breeding program of the U.S. Department of Agriculture.

During the past decade, Murcott has been planted rather extensively, in Florida.  The 1961 plantings, mostly nonbearing, were reported at 5,400 acres and the 1961-62 crop at approximately 175,000 boxes (70-lb equivalents).  Because of its rich flavor and deep orange-colored flesh and juice, Murcott is a favorite with gift fruit packers." 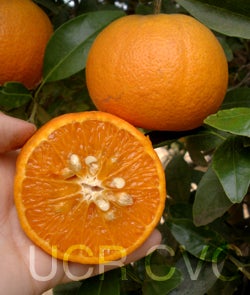 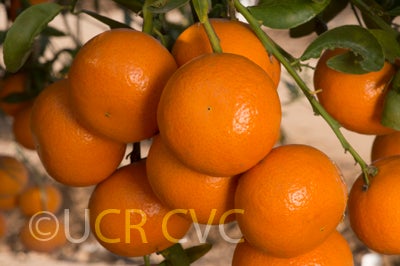 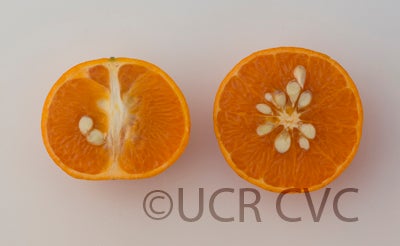 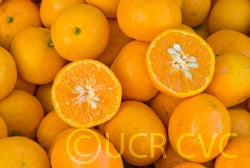 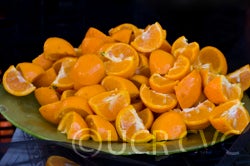 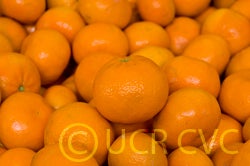