Received as budwood from Willits & Newcomb, Thermal, via CCPP, 1963.

The history of this cultivar is somewhat confusing. 'Foothill' lemon is apparently a selection of 'Villafranca'. According to Hodgson (1967) p 566, 'Villafranca' has characteristics intermediate between 'Lisbon' and 'Eureka' lemons: "Fruit indistinguishable from Eureka, but seasonal distribution of crop more like Lisbon, mainly in winter. Tree similar to Lisbon, but more open and upright in growth habit, less thorny, and not as densely foliated." Hodgson (1967) further states "...certain clones with characterstics intermediate between Eureka and Lisbon have been propagated as selections of [Villafranca]. Almost certainly several of those currently of importance in California, notably the...Corona Foothill Eureka...are in reality Villafranca selections." The fact that 'Foothill' is intermediate between 'Eureka' and 'Lisbon' probably explains the fact that PI 539320 was referred to as a Eureka and PI 539332 was referred to as as Lisbon. It is probably better to refer to these selections simply as 'Foothill'.

'Foothill' was promising in a desert lemon trial, particularly with regard to yield (Kahn et al, 2015). Budwood for the trial was obtained from Young's Nursery, Thermal, CA. Due to the fact that 'Foothill' as VI 232 was not available from CCPP, budwood was obtained by CCPP from Lyn Citrus Seed, Arvin, CA (formerly part of Willits and Newcomb Citrus Nursery) in order to establish an active VI for the certification program. Due to perceived uncertainty as to the identity of the Lyn source with the Young's source, budwood was taken directly from the desert lemon trial for incorporation into the VI program.

No longer commercially available in California through the Citrus Clonal Protection Program. This accession no longer has an approved budsource. Please refer to the CCPP for information on another approved budsource or to start a reintroduction inquiry. 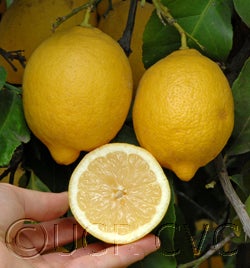 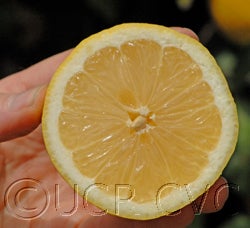 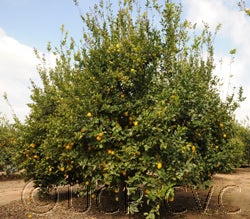