Received as budwood from Hawaii in 1971.

OJB: Sarawak pummelo is sometimes referred to as Tahitian pummelo.

The tree is large and vigorous. The fruit is round with a flattened bottom and has a greenish-yellow rind that is thinner than the typically thick pummelo rind. The flesh is greenish, juicy, and sweet with a flavor some refer to as melon-like or even lime-like.  It is early to mid-season in maturity and holds well on the tree.

"Mention should be made of the so-called Tahitian grapefruit because of its distinctive characteristics and high quality.  This agreeably-flavored fruit is in reality a thin-rinded, highly juicy pummelo.  The seeds are monoembryonic and otherwise typical of the pummelo and the shoot growth is much more pubescent than any of the grapefruits.  The faintly amber flesh color suggests the possibility that it may be lightly pigmented under conditions more favorable for color development.

The origin of Tahitian is obscure but it is believed to have developed in Tahiti from seed from Borneo whence it was taken to Hawaii.  The variety is of local and limited importance only, but is highly reputed for its excellent quality." 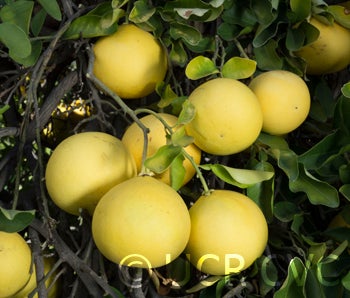 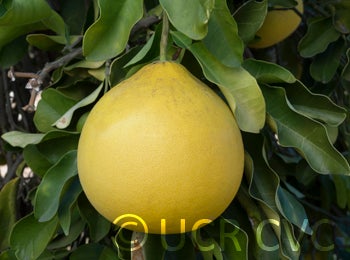 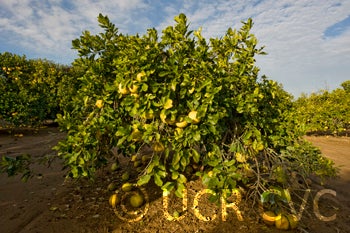