Season of ripeness in Riverside

12/22/1987, EMN: Suspected as a new variety based on a letter from Tsuin to Reuther in 1980. Most fruits are small to medium in size but some older fruits are large; this appears to be a typical-type fruit; elongate with a blunt nose and medium yellow rind. Rind smooth on small fruits but bumpy and furrowed on large fruits. Moderately thick rind, light yellow flesh, sour, seedless.

4/10/2017, TS & KT: Citrons typically have separate male or female flowers on the same tree, but Yunnanese citron flowers never produce anthers and/or pollen, and are even known to produce flowers that are not only without anthers but without any female parts either. 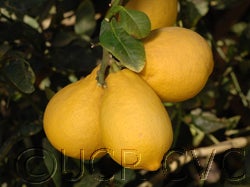 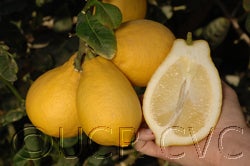 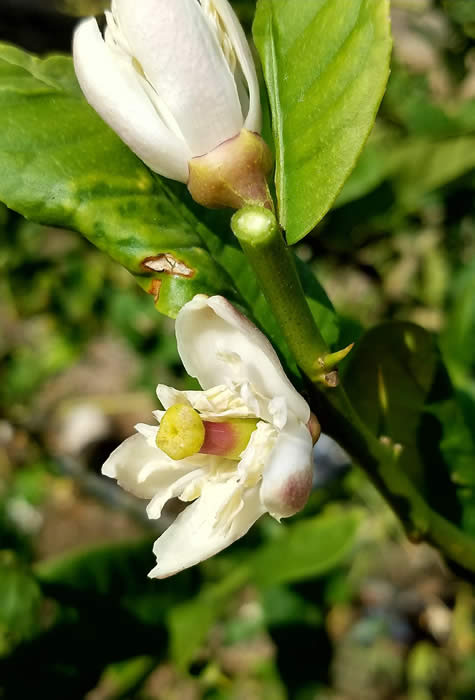 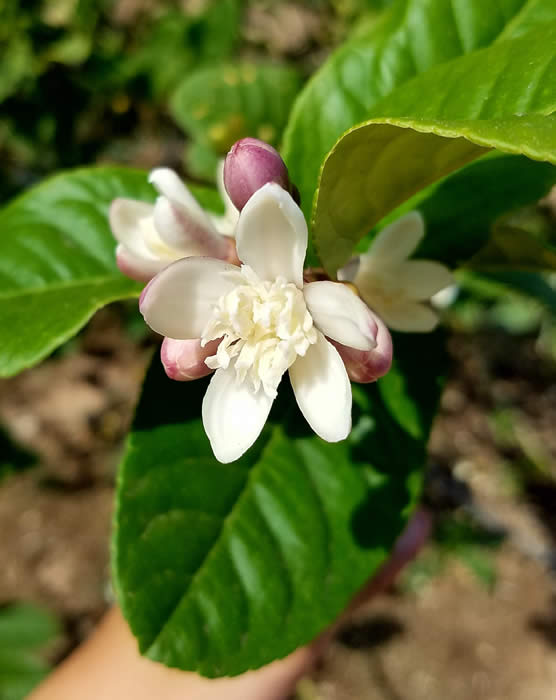 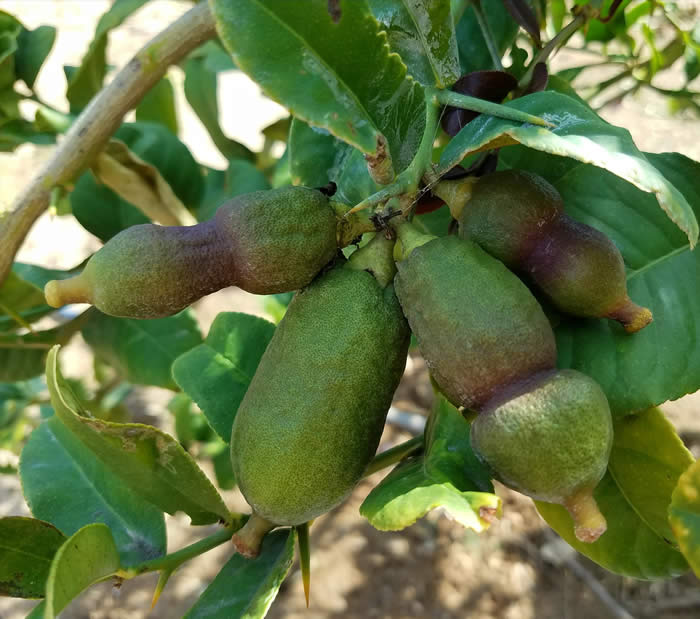