JB, 1990: Rind has a nice frangrance like tropical fruits.

RRK and OJB, 2000: This is not a papeda, although it was misidentified as "unknown papeda hybrid" for some time. Since it was received as Oxanthera sp., it was keyed out (RRK, OJB) using the key on p 255 of Swingle and Reece (1967) andd generally matches the description of O. neo-caledonica on p 257.

RRK, 08/2007: Malcolm Smith of Australia's DPI observed some wild Oxanthera spp.. He stated in an email dated May 10, 2004 (on file at NCGRCD) that our specimen did not resemble the plants he observed in the wild, particularly in regard to leaf morphology. He did note that Swingle stated that Oxanthera is a highly variable genus. Ottillia 'Toots' Bier opined that the differences in leaf morphology might be due to climate and cultural care. However, these differences (which indeed are rather pronounced) must make the identification of this accession questionable. Note: The information in Swingle and Reece (1967) is unchanged from the original in Swingle (1943).

"Although the color of the embryo is not known, the affinities [or this plant] seem to be especially with Citrus Aurantium L. but the form and the aspect of the leaves, of the flowers and of the ovary, clearly distinguish this species."

Tanaka (1928b, p. 44) noted that the flowers are like those of O. fragrans and O. aurantium but that "the surface of the petals is completely uniform [not papillose or marked with evident oil glands], the ovary is shorter, the stigma not dilated and the disk much larger."   He went on to say: "The fruit is oblong, sometimes curved, pointed, with superficial ribs, with about 7 segments, containing large seeds with a single very hard embryo.   The pulp-vesicles are not very much developed and are gummy."   He was of the opinion that the lack of true pulp-vesicles excludes this species from the True Citrus Fruit Trees even though it does have more than twice as many stamens as petals.

This species, as Tanaka remarked, shows a higher organization than most of the other Minor Citroid Fruit Trees.   It has seven locules in the ovary and, in common with the other species of Oxanthera, more than twice as many stamens as petals, instead of only twice as many, as is characteristic of the other genera of the subtribe Triphasiinae." 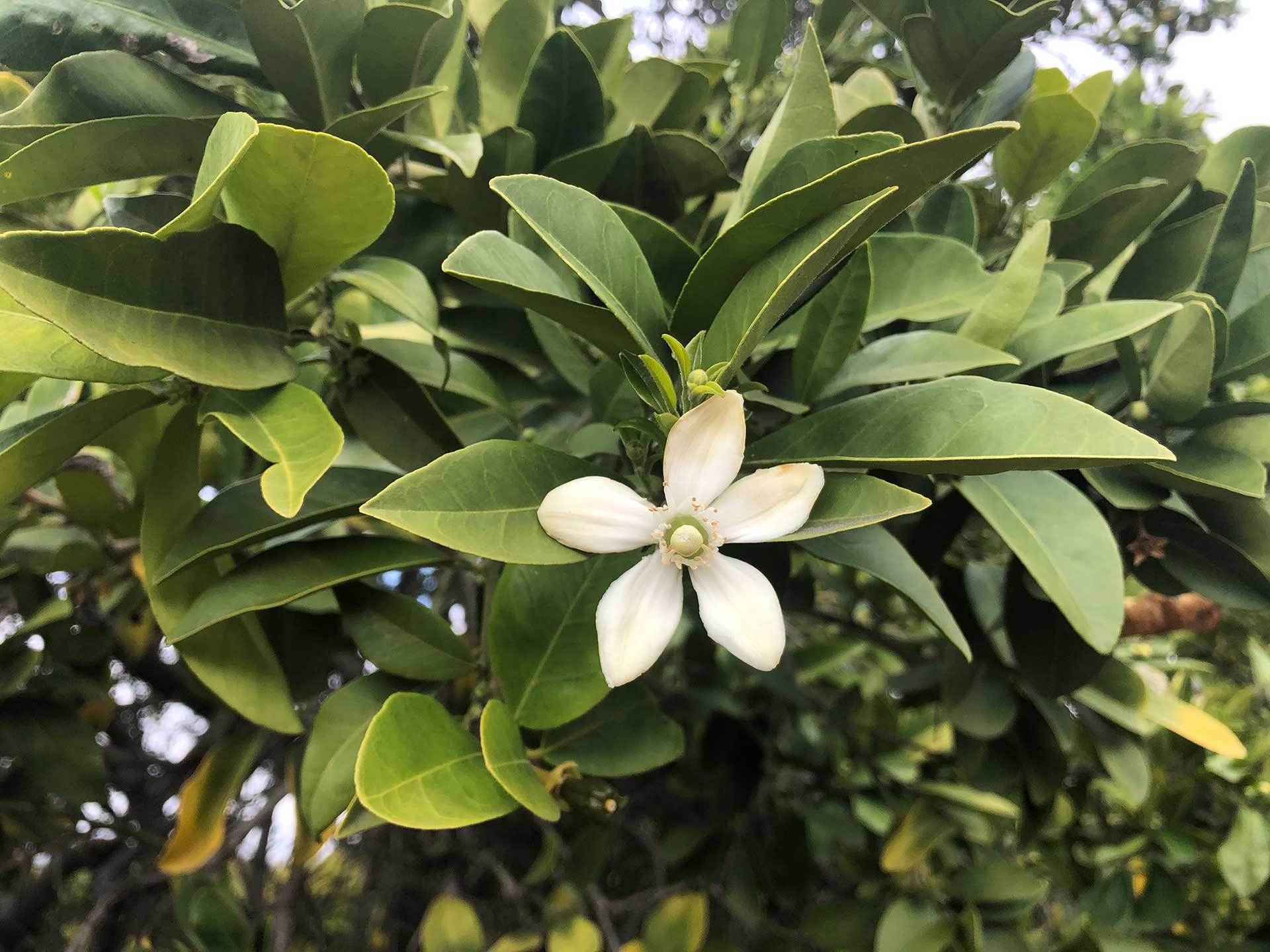 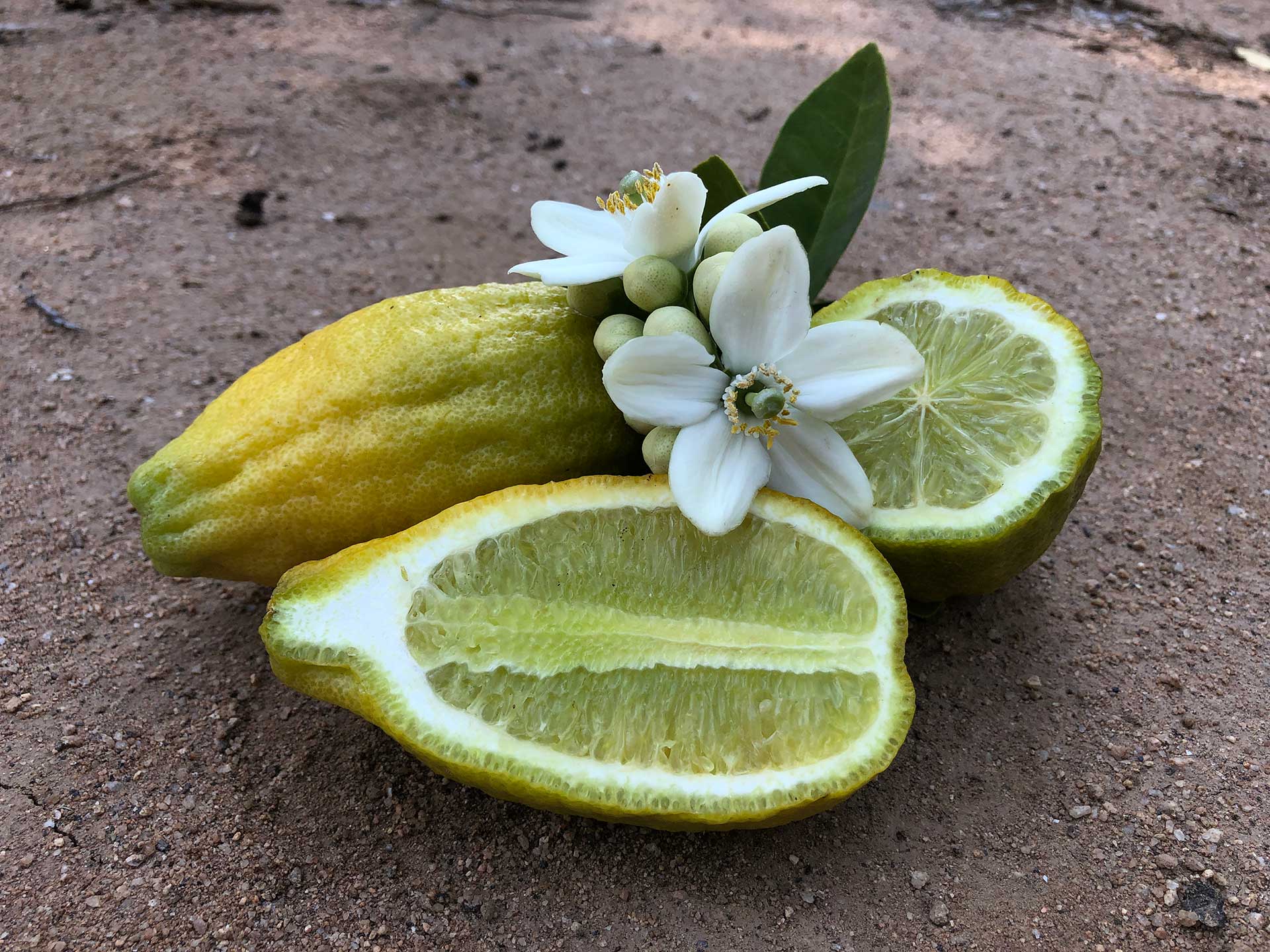 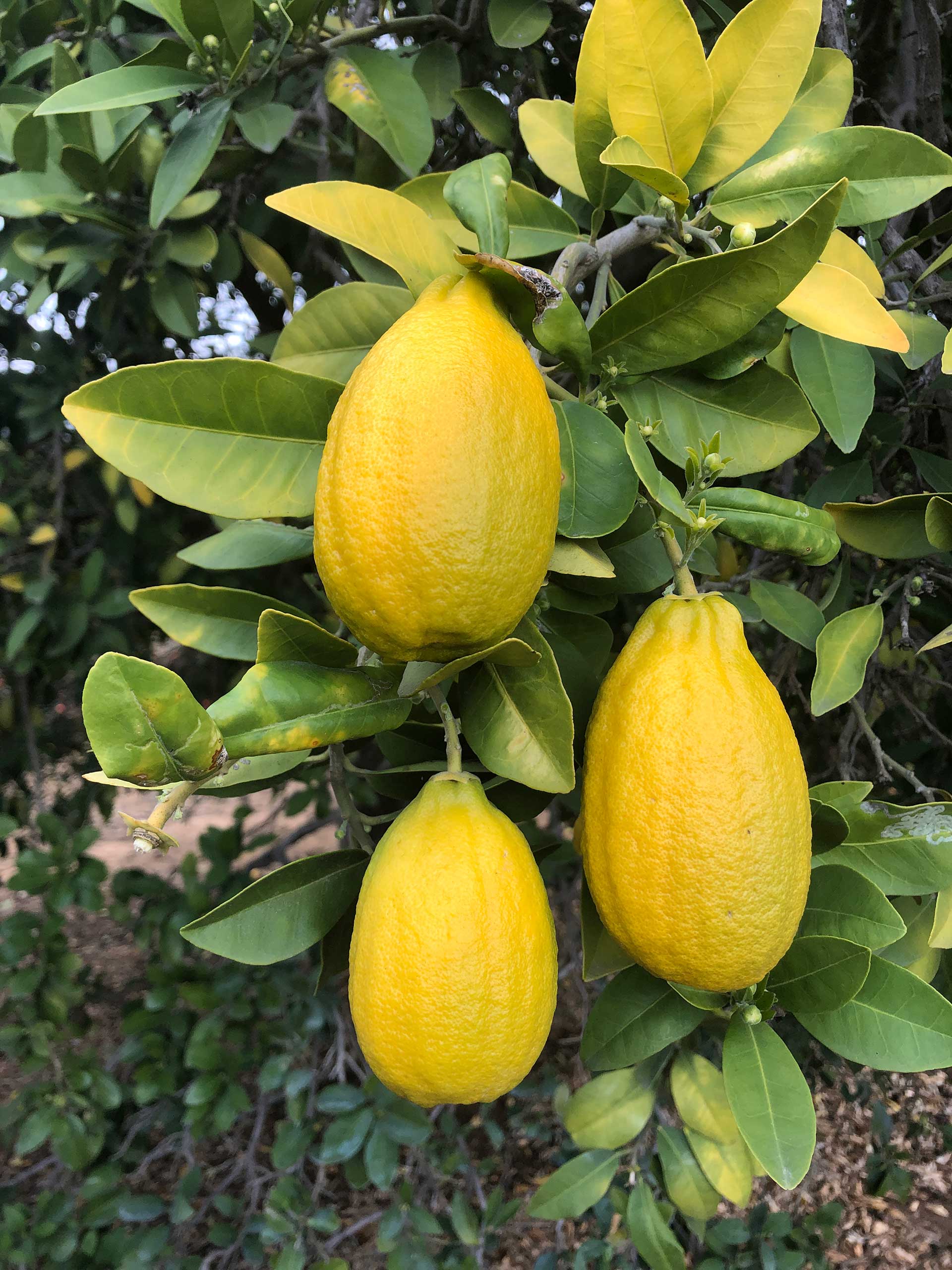 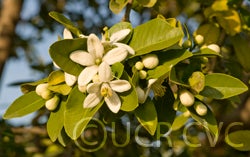