Received as budwood from Russ Davis, Ivanhoe, via CCPP, 1978.

Atwood (Atwood Early) navel orange (VI 363) originated as a bud sport of Washington navel on the property of Frank Atwood in Lemoncove, California, around 1935.

The fruit characteristics are very similar to the parent navel orange, but the rind develops color slightly earlier than the Washington navel and the rind is slightly smoother in texture.  In addition, the fruit stores especially well on the tree without a significant loss of quality. However, during the early part of the season the quality is not quite as good as the Washington navel.

"The fruit and tree of the Atwood navel orange variety are virtually indistinguishable from the parent variety, Washington.  The fruit colors slightly earlier and the rind surface appears to be somewhat smoother, however.  While earlier maturity is suggested by its coloring behavior, the fruit stores on the tree especially well without appreciable loss of quality.  During the early part of the season, however, its quality is not quite as good as that of the parent variety.

According to Opitz (1962), Atwood originated as a limb sport in the orchard of Frank Atwood near Lemon Cove, California, and was first noticed about 1935.  It is considered to be promising in central California and has been planted to some extent there in recent years." 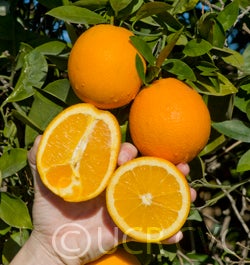 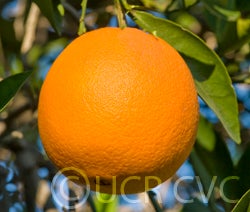 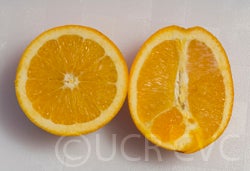