Received as budwood from mport from New Zealand, via Glen Dale & CCPP, 1977.

Original import had vein enation which was eliminated during processing as VI 354, by thermotherapy.

2/24/1988, EMN: Many fruit on ground. Both accession (this and 2381) have trunk & branch bark condition described in C.I., pp 550. Fruit appearance matches C.I. description very well. Tree 30-13 has smaller crop of larger fruit but otherwise both accessions of Poorman seem the same. Main drawback here would probably be excessive seediness and ready availability of grapefruit of better quality.

There are 2 accessions of the New Zealand (Poorman) 'grapefruit' in the Citrus Variety Collection (CRC's 2381 & 3769). These were observed by Ted Dawson of the Keri Keri Research Station, of the Horticulture & Food Research Institute of New Zealand, Ltd, on 06 February, 1997 (accompanied by John Bash & Robert Krueger). CRC 2381 was originally received in 1930 from CPB. CRC 3769 was received from New Zealand via Glenn Dale in 1977 (VI 354). Mr. Dawson said that CRC 2381 is more like the New Zealand 'grapefruit' as it exists in New Zealand than is CRC 3769. CRC 2381 is closer in taste, size, & texture than is CRC 3769, which is coarser & raggier, with a different taste. Both accessions have a bark condition resembling psorosis. This condition is apparently characteristic of the New Zealand 'grapefruit', and is described in TCI, Vol. I, pg 500.

"Fruit medium-large, oblate to broadly obovate to nearly globose; seeds numerous but monoembryonic. Color pale orange-yellow at maturity (deeper than any of the grapefruits).  Rind medium-thick with fairly rugose surface (somewhat more so than Wheeny).  Flesh color yellowish-orange; coarse-textured, juicy; flavor pleasantly subacid with trace of bitterness.  Very early in maturity (as compared to the grapefruits).  Much earlier than Wheeny, but holds on tree exceptionally well without loss in quality.

Tree vigorous, large, and prolific; leaves dark green, with petioles suggestive of mandarin or bitter orange rather than grapefruit.  Most Australian selections and some in New Zealand exhibit a peculiar and distinctive bark condition, which in California appears to be associated with dwarfing.  Surface of trunk and main limbs markedly rough and grayish-black in color; dull-black streaks on smaller branches and twigs.

Although obviously not an orange, the names Poorman Orange or Poorman are employed for this fruit in Australia, where it first came to notice.  Since it most resembles the grapefruit in both appearance and use and is the citrus fruit most extensively grown in New Zealand, the preferable name for this interesting and distinctive fruit would appear to be New Zealand Grapefruit.

A total heat requirement considerably lower than for any of the true grapefruits is indicated by the earlier maturity of Poorman and the fact that it ripens in New Zealand and parts of southern California where there is insufficient heat for any of the present grapefruit varieties.

That Poorman originated in the Orient is suggested by Bowman's statement (1956) that it was brought to Australia (presumably the fruit) from Shanghai by a Captain Simpson.  The earliest description of record, given in a New South Wales nursery catalogue of 1820, indicates that the original introduction might have been a shaddock (pummelo); hence, the possibility exists that Poorman is of Australian origin.  Since the seeds are monoembryonic, early references to the existence of clones varying appreciably in fruit characteristics, and to the possibility of hybrid origin, are understandable.  According to Bowman (1956), this fruit was taken to New Zealand by Sir George Grey, who established his home on Kawau Island about 1855.  About 1861, Grey provided propagation materials to John Morrison of Warkworth, for whom the clone currently most widely grown in New Zealand was named.

Although generally distributed and commonly available in the markets, Poorman has not achieved much commercial importance in Australia, presumably because of the availability of grapefruits.  In New Zealand, however, where grapefruit does not succeed, under the name of New Zealand Grapefruit it has become the principal citrus fruit grown and currently comprises about 85 per cent of the so-called grapefruit acreage, the balance consisting of the low-heat-requiring Wheeny variety.  The 1962-63 crop of 167,000 bushels (40-1b) is said to have accounted for 55 per cent of the total citrus production in New Zealand.  While principally used as a breakfast fruit, the juice is also canned and the immature fruits are extensively used for marmalade purposes.  Morrison (Morrison Seedless) is considered to be the best clone.  It is seedless, however, only in the absence of cross-pollination.

Almost certainly Poorman is a pummelo hybrid and probably a natural tangelo.  The fruit has some resemblance to the Attani of India and the Natsudaidai and Asahikun of Japan. " 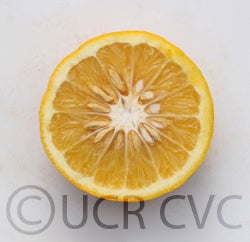 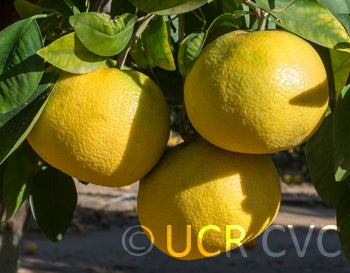 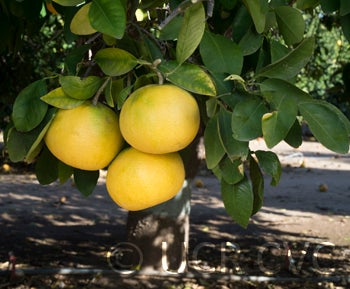 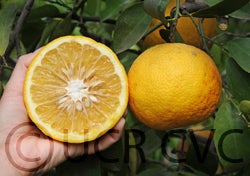