Of 30 seeds received, only 4 singles germinated.

EMN, 12/22/1987- Barely surviving. WHY? Other Atalantias are doing better. Could be environmentally non-adapted; or is this a rootstock incomp. problem. Could try on another root.

"Small trees or shrubs, twigs more or less angled when young, soon cylindrical, glabrous in some species, more or less hairy when young, with single, stout, sharp spines in the axils of the leaves, or spineless, especially fruiting branches of old trees (some species [A. rotundifolia] nearly spineless); leaves 1-foliolate (or rarely simple), more or less coriaceous, strongly veined, and usually with conspicuous reticulations between the lateral veins; petioles wingless, often pubescent when young, articulated with the leaf blade, short, often less than 1/10 as long as the leaf blade; flowers small, axillary or rarely terminal, fascicled, or in racemose corymbs or panicles; calyx 3-5-lobed, or forming a continuous envelope over the corolla, stamens, and pistil, and splitting more or less irregularly into 2 or 3 parts as the flower expands; petals imbricate; stamens 6-10, free, or more or less connate into a staminal tube which is sometimes a closed cylinder with the anthers attached to the rim; anthers short, broadly ovoid; disk annular, short; ovary ovate, or subglobose, with 3-5 locules, with 1 or 2 ovules in each locule; fruits small, subglobose, with numerous broad-based, sessile, slender, tapering pulp-vesicles filling all the space in the segments left by the seeds; peel thin, greenish-yellow on ripe fruit, dotted with oil glands; seeds oblong, green within, sometime polyembryonic.

The genus Atalantia contains small trees somewhat resembling Citrus in general aspect, bearing fragrant white flowers and globose fruits with the appearance of diminutive greenish-yellow oranges.   The pulp-vesicles are, however, different from those of Citrus in being sessile instead of stalked.   The leaves of Atalantia, although almost always unifoliolate like those of Citrus, are very different in having much more prominent, more numerous lateral veins, and veinlets forming reticulations between the lateral veins.

Besides the typical species of Atalantia, which have numerous sessile, conical pulp-vesicles, there are at least two species which belong to the subgenus Rissoa, based on the type species A. ceylanica.   This species has very large seeds which almost completely fill the locules of the fruit, leaving very little space for pulp-vesicles.   Atalantia rotundifolia is closely related to A. ceylanica and is perhaps a spineless brachytic mutation of it.   A third species, A. guillaumini, somewhat resembles A. ceylanica and like it has large seeds almost completely filling the locules of the fruit.   However, so far as could be determined from the scanty fruits examined, no pulp-vesicles are present.   It may be found that there has been an evolutionary tendency of the species of the subgenus Rissoa to lose the pulp-vesicles, resulting in the development of completely pulpless species obviously closely related to Atalantia in spite of lacking one of the most important characters of the genus and even of the subtribe Citrinae.

It has in the past been supposed that the genus Atalantia was founded by Corrêa da Serra to include Limonia monophylla L., now believed to be a synonym of A. ceylanica.   Corrêa cited no species under his new genus Atalantia but almost certainly had in mind the "Limonia monophylla L." described and figured by Roxburgh (1795, vol. 1, pp.59-60, pl. 83), since he spoke in detail of "singular monadelphy" of the stamens with the filaments fused into a complete cylinder, just as had been figured by Roxburgh ten years previously.   That he was familiar with Roxburgh's great work on Plants of the Coast of Coromandel is shown by the fact that immediately after discussing the genus Atalantia he mentioned Limonia arborea and L. pentaphyllaof Roxburgh (two species on which Corrêa based his new genusGlycosmis)and cited Roxburgh's plates of them which follow immediately after the plate of Limonia monophylla.

In view of these facts, it appears that the genus Atalantia is, in fact, based on Roxburgh's description and illustration of a plant which he thought was Limonia monophylla L., but which is now known to be another species, very probably Atalantia monophylla DC." 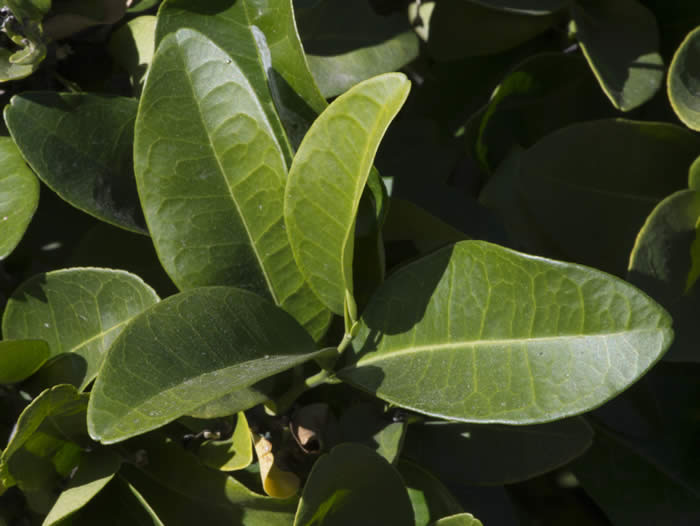 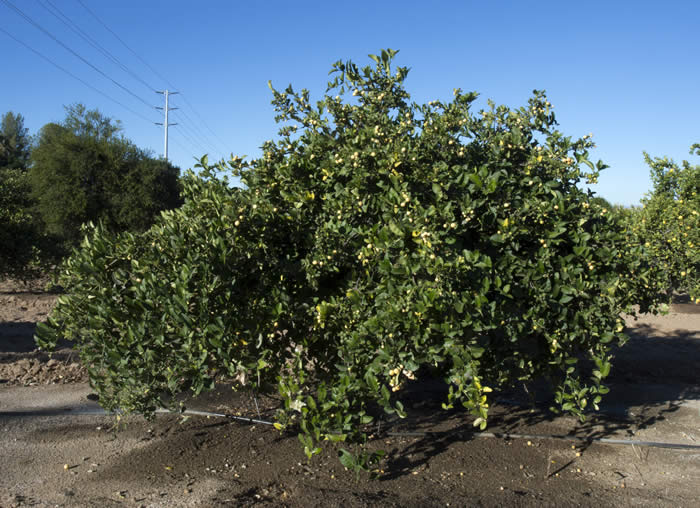 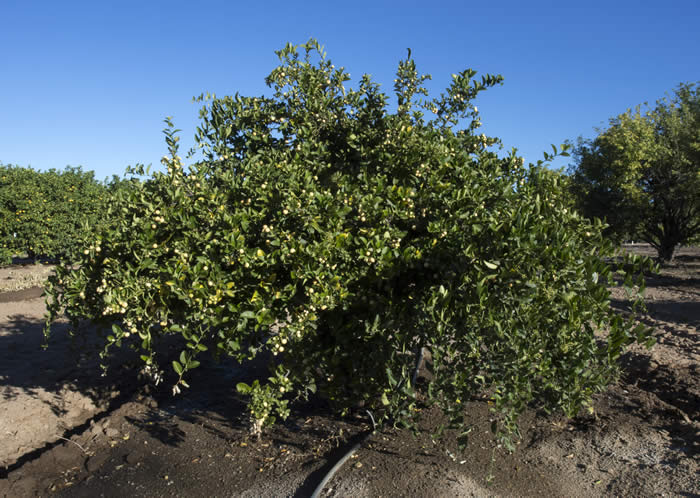 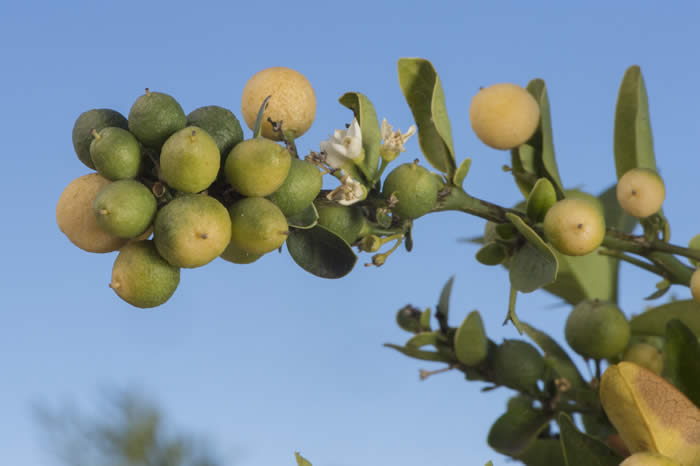 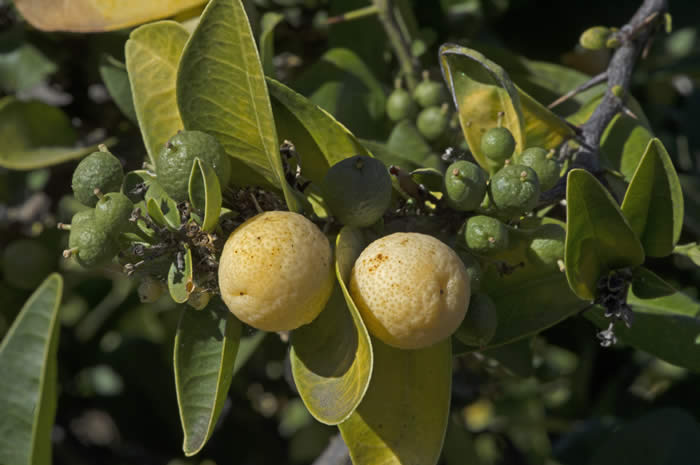 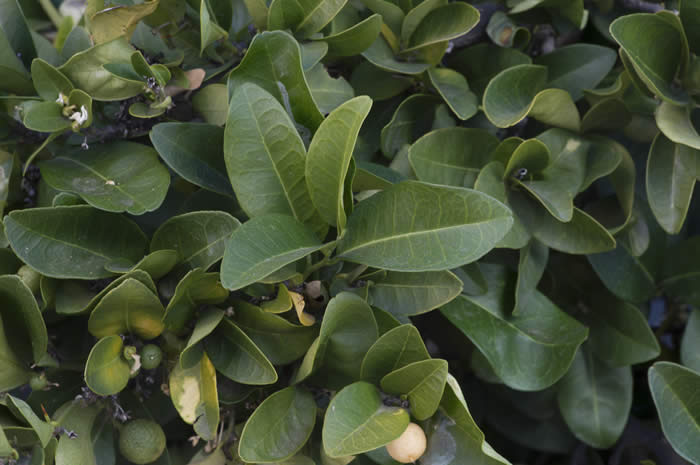 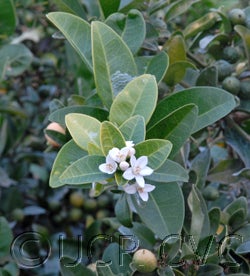 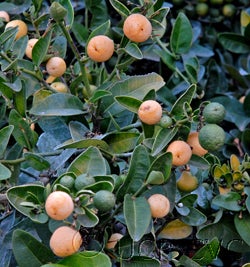