*Probably received at CRC as plants. See notes for CRC 3663.

This, the type species of the genus Microcitrus, has several characters separating it from all of the species of Citrus.   It is also very clearly separated from the other species of Microcitrus by its very long, slender fruits that are unique in the orange subfamily (see fig. 3-44,E).   They have numerous seeds (or rudiments) in each segment (more numerous than in any other true citrus fruit).   The pulp is composed of loosely grouped, long-stalked, subglobose or pyriform pulp-vesicles, tapering bluntly to the tip.   These pulp-vesicles are very different from those of M. australis but are much like those of M. inodora; they also resemble somewhat those of Citrus (Papeda) hystrix, as noted by Penzig (1887, pp. 214-17), who was the first to describe the anatomy of the fruits, seeds, and pulp-vesicles of M. australasica.   The very acrid pulp has a harsh aftertaste, probably due to droplets of acrid oil in the pulp-vesicles, such as have been found in the Australian round lime.   Francis (1929, p. 174) stated that the fruits, both of this species and of M. australis, "have a lemon-like flavor accompanied by a taste of a turpentine nature." 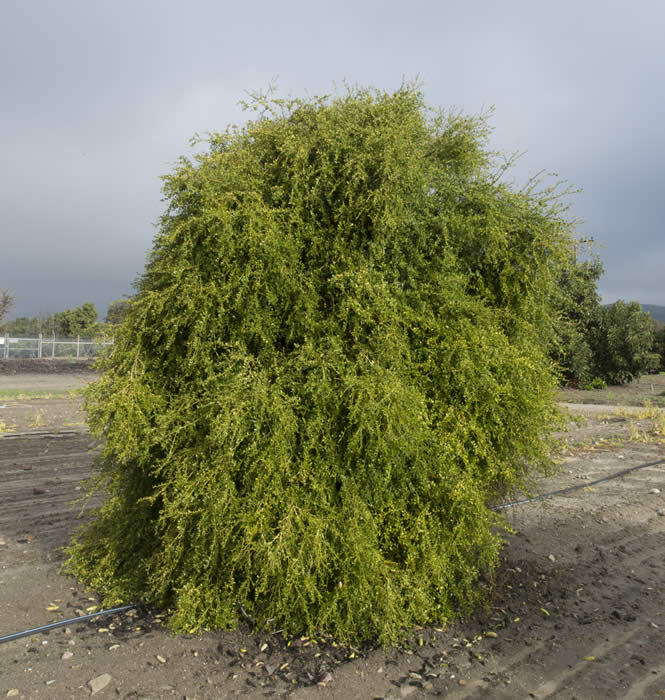 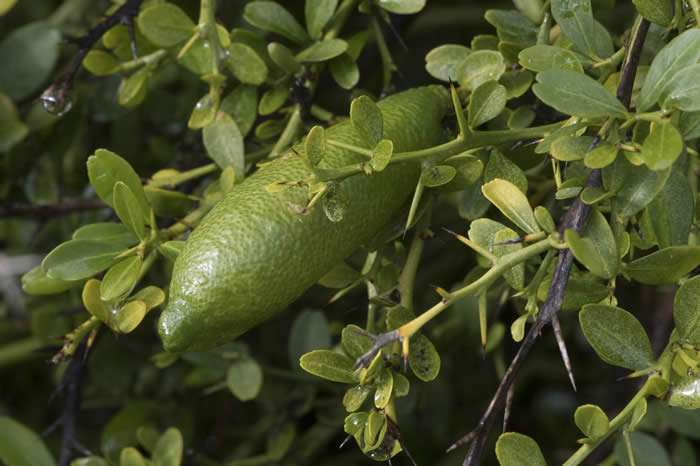 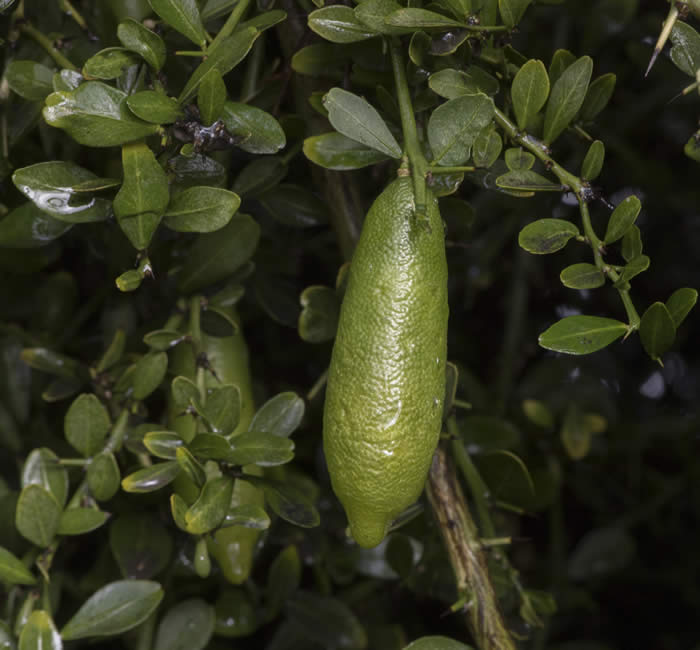 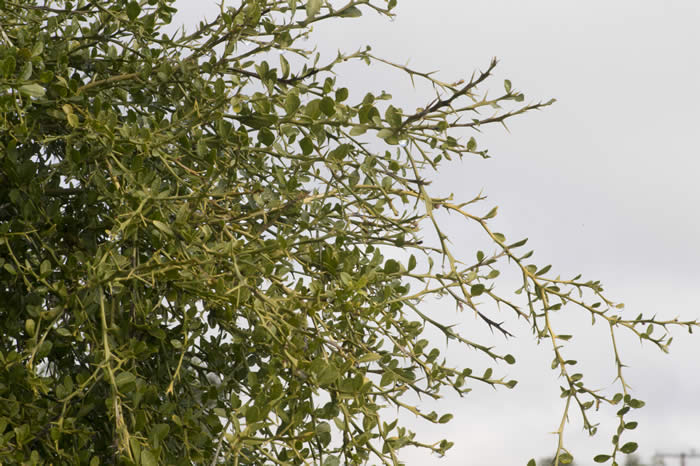 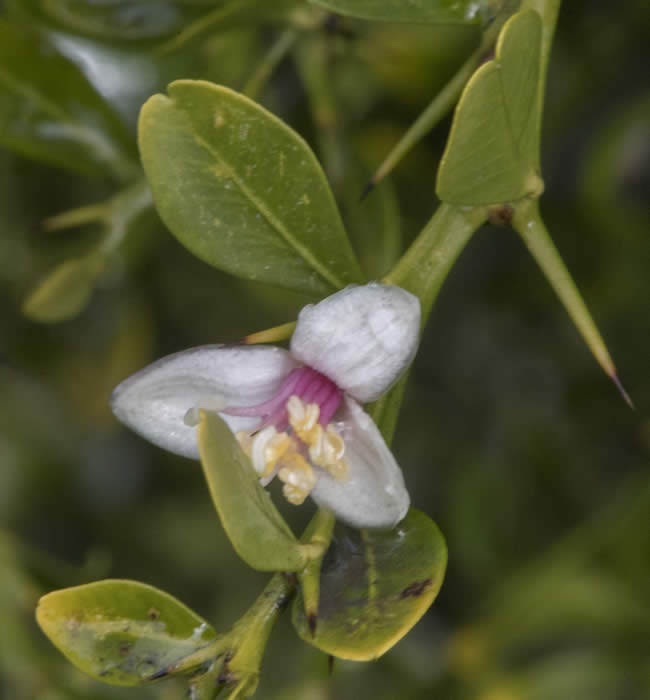 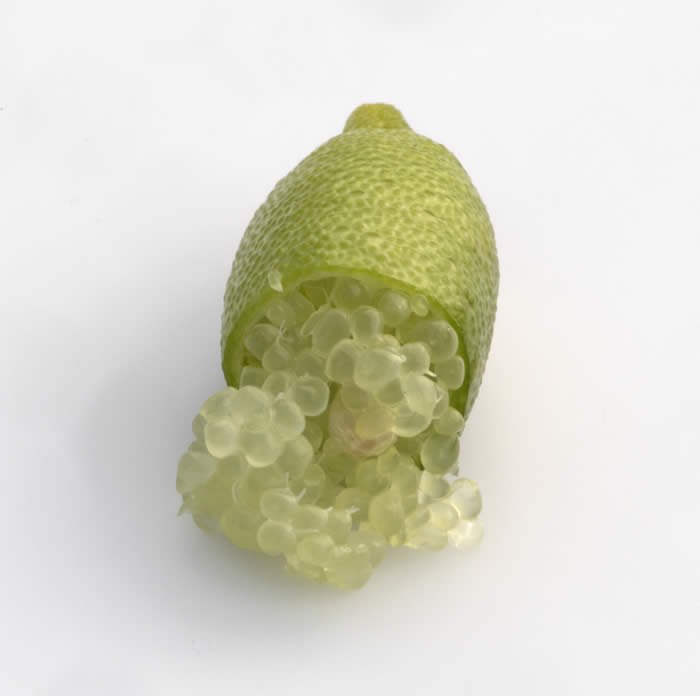 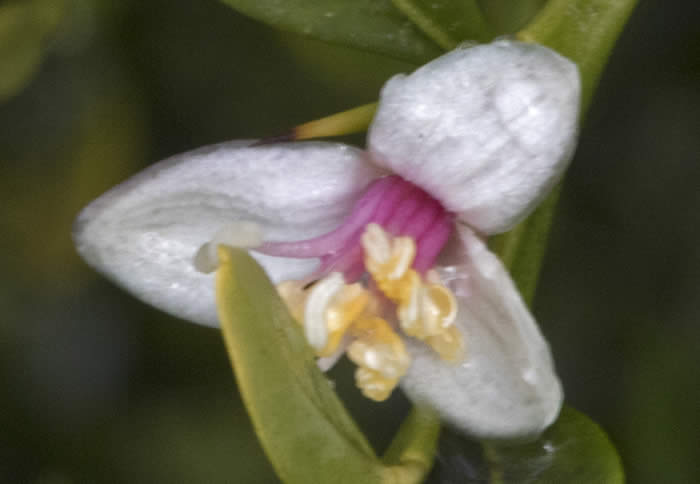 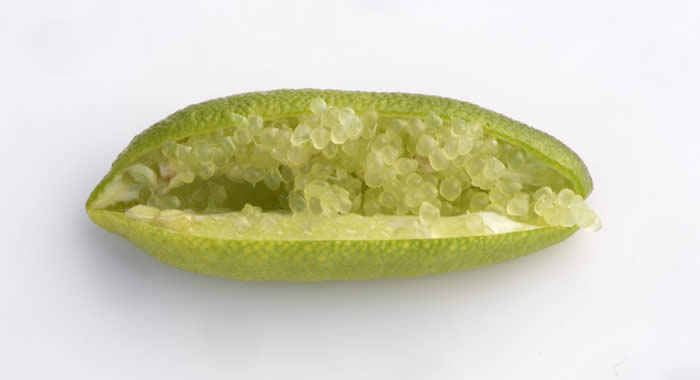