"These were the first trigeneric hybrids to be produced artificially from definitely known parents.   Swingle succeeded in making this cross in 1909 by using pollen from Willits and Rusk citranges (Poncirus trifoliata X Citrus sinensis) on properly safeguarded flowers of the oval kumquat (Fortunella margarita) and the round kumquat (F. japonica).   Several of these citrangequats were described and illustrated by Swingle and Robinson (1923, pp. 230-33, pls. 1, 2, 3).   The Thomasville, Sinton, and Telfair citrangequats, described and figured by Hume (1926, pp. 40-42, fig. 45), are the best known of these hybrids.

Citrangequats vary greatly in size, color, flavor, etc.   The Thomasville citrangequat has obovoid fruits borne on long pedicels, 1.5 to 3 cm long and 2 to 2.5 mm in diameter at the base, but swollen and pulvinoid at the top, 8 to 10 mm, and permanently curving as the fruit matures until it hangs down, making an angle of 45° to 90° with the base of the pedicel.   This character is unknown in any of the three parent species and shows how taxonomically new characters can arise in complex hybrids.

Seeds sent from Weslaco, A & I Station, Texas, to Dr. Furr. 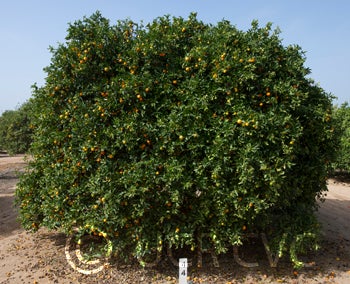 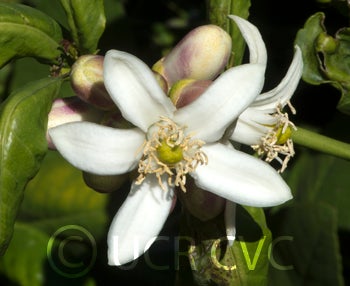 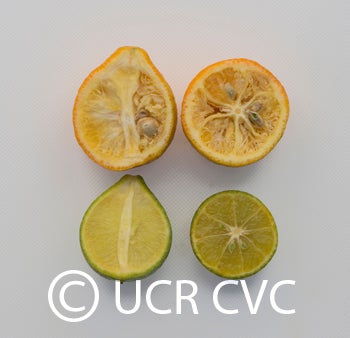