Page is a cross between Minneola tangelo and Clementine mandarin made by Gardner and Bellows of the U.S.D.A. in 1942. Page was officially released as an orange, but technically speaking the variety is a tangelo hybrid since its parentage is three-fourths mandarin and one-fourth grapefruit.

The fruit is medium in size, easily peeled, and moderately pebbled. The flesh color is a deep orange, juicy, and has numerous seeds.

This early ripening, high quality variety, the fruit of which has considerable resemblance to a sweet orange, originated from a Minneola tangelo X Clementine mandarin cross made by Gardner and Bellows of the U.S. Department of Agriculture in 1942.  Page was described and released in 1963 by P. C. Reece and F. E. Gardner at the U.S. Horticultural Field Station, Orlando, Florida.  It is recommended for Florida conditions and the fruit may be undesirably small in arid climates.  Cross-pollination should be provided until the facts in that connection have been determined.

While officially released as an orange, technically speaking this variety should probably be referred to the tangelo hybrid group, since its parentage is three-fourths mandarin and one-fourth grapefruit." 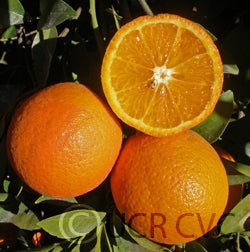 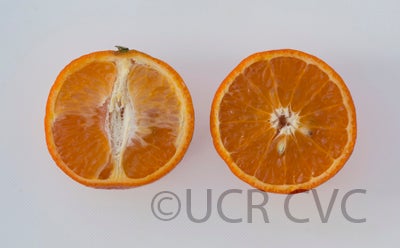 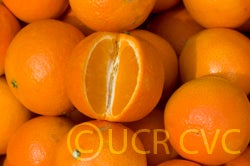 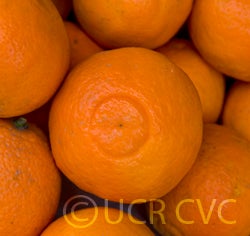