Received as seed by the College of Agriculture, Laguna, Philippines, 1967.

The samuyao was found by West and Brown (1920, pp. 208-09) to yield from the rind "a clear, almost colorless oil which is very fragrant.   It should be useful as a perfumery oil."   The peel yielded 1.29 per cent of oil.   They stated that the crushed fruits are used by the women of Cebu for cleansing the hair and are added to coconut oil to give it fragrance when applied to the hair.   The tree bears within five years from planting and produces fruits during the entire year, but more abundantly during the rainy season.   West and Brown (1920, fig. 70) show the fruits as distinctly pyriform, broadly rounded at the tip and tapering into a narrow, conical base.

This variety has the smallest fruit and the smallest flowers of any True Citrus Fruit Tree known but curiously enough has more segments in the fruit (seven to nine) than C. micrantha (six to eight), although the fruits of the latter are much larger, 5 to 7 by 3 to 4 cm, instead of 1.5 to 2 cm, as in the variety microcarpa.

Wester stated (1915, p. 22) that in Bohol Island, P.I., "a somewhat more vigorous variety of the samuyao was found that is called samuyao-sa-amoo" which has "fruits a little larger, and smoother, and longer than broad, otherwise similar to the samuyao."   This description calls to mind Rumphius' Limonellus aurarius, the goldsmith's lime, which occurs sparingly in Amboina, Moluccas, and Ternate, a few hundred miles directly south of Bohol.   According to Rumphius (1741, vol. 2, p. 109, pl. 30), the fruits of this plant are the smallest of all the limes (his figure shows ovoid fruits 2.5 to 3 by 2 to 2.5 cm) and the leaves are also small, only 3 inches long in all, about one-third of which represents the cordate, winged petiole.   The fruits are not eaten but are used by goldsmiths to clean gold objects.   The fruits also enter into native medicines. 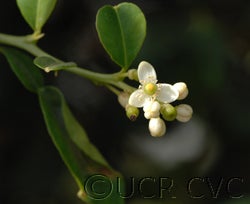 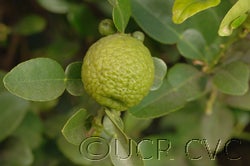 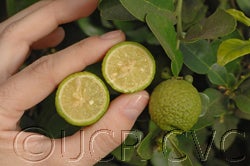 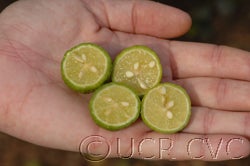 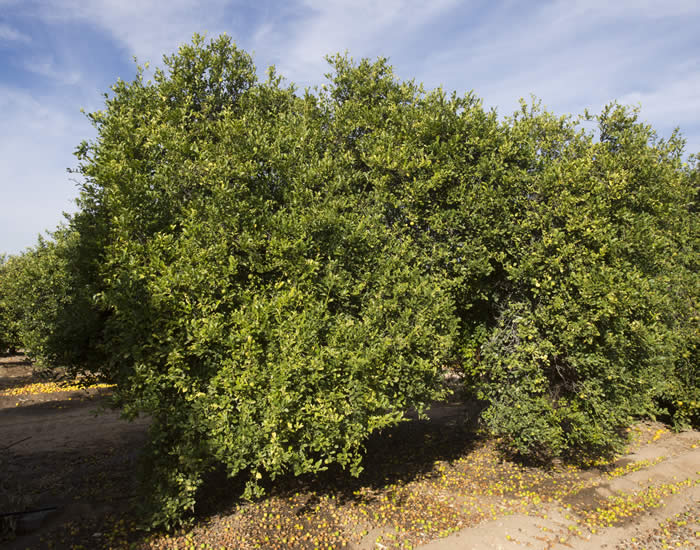