Good quality fruit. Bud sports of the Shamouti orange. "Sarah" is the mixed seeds of Sarah I (PI 277799) and Sarah II (PI 277800). Sarah I: Pink color, quite strong in the albedo and section skins, but does not appear in juice. Sarah II: Color is most pronounced in cooler winters; juice is pinkish. Seeds sent to Dr Olson from Israel. Seeds presented by the National & Univ Inst of Agri - Beit-Dagan. Jan 3, 1962 (Information from original CES documentation)

Buds taken from 2 doubles. Does not come true to color from seed. (WP Bitters, 1963)

Does not come true to pink fruit color from seed. This accession has no pink coloration in the flesh. Polyembryonic. This accession had seedling yellows which was removed by themotherapy (Thrmo 1176-8) (EM Nauer, 1986)

Fruit compared with Shamouti and appears identical with it. Sarah originated as a budsport of Shamouti so apparently going through the seed filtered out the color and we have another Shamouti lookalike seedling line. Name changed for now; probably should discard this one on next Variety Collection repropagation - we have 2 Shamoutis CRC 3251 [= PI 539608] & 3746 [= PI 539617]. (EM Nauer, 02/08/1988)

Originally received as 'Sarah' but renamed due to lack of flesh color. Although this variety does not exhibit the pink flesh that it is supposed to and would therefore appear to be just another accession of 'Shamouti' as stated by Ed Nauer, Tracy Kahn says that flavor profling by Givaudan indicate that it has some unique properties. So, it should be retained for now (unless the other 'Shamouti' accessions have the same properties. There is another accession of 'Sarah' RRUT 172 that may yet prove to have pink flesh if we can ever get it out of quarantine to plant and observe. Note that although PI 277801 was well documented as being associated with this accession, PI 539611 was assigned in error. Since the documentation for PI 277801 is good, it is used as the valid accession number and PI 539611 was inactivated. Observations were made as PI 539611 and are therefore maintained under both PI's. (RR Krueger, 09/16/2011) 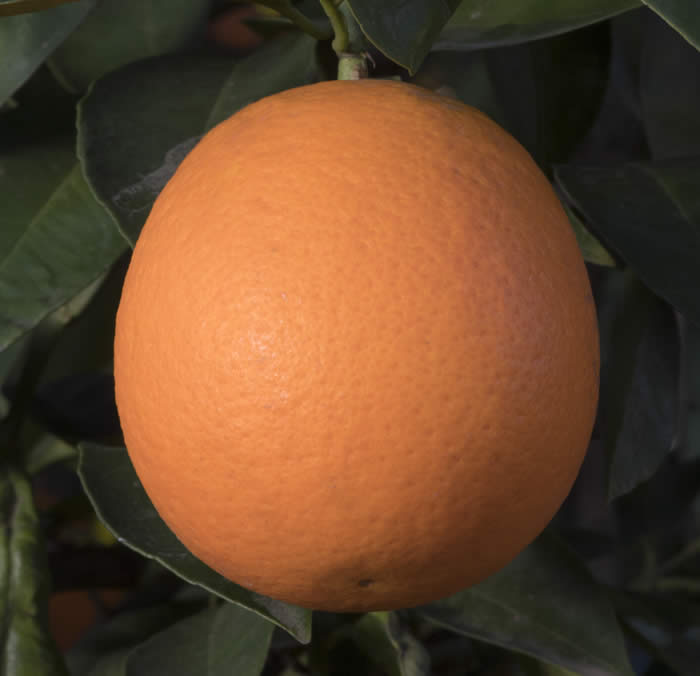 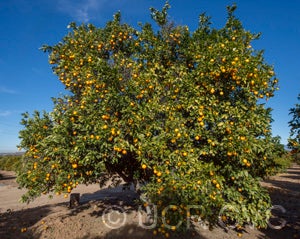 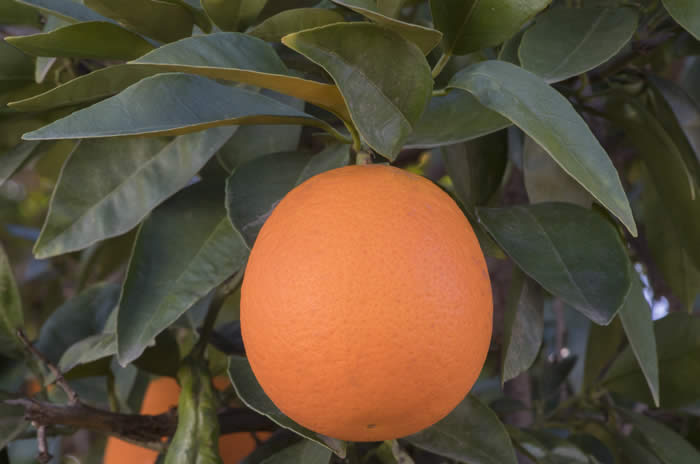 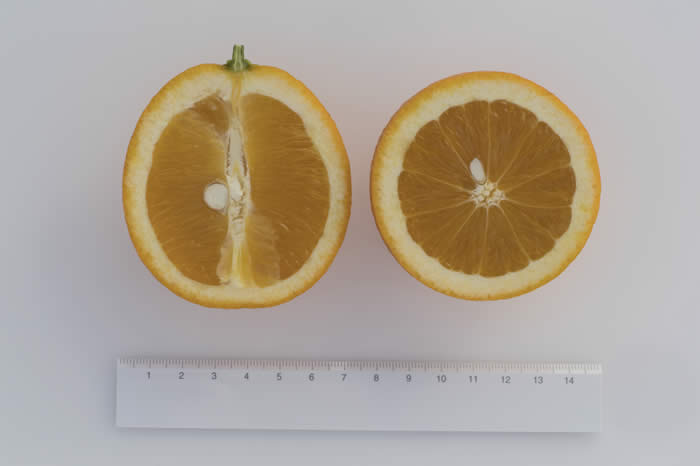 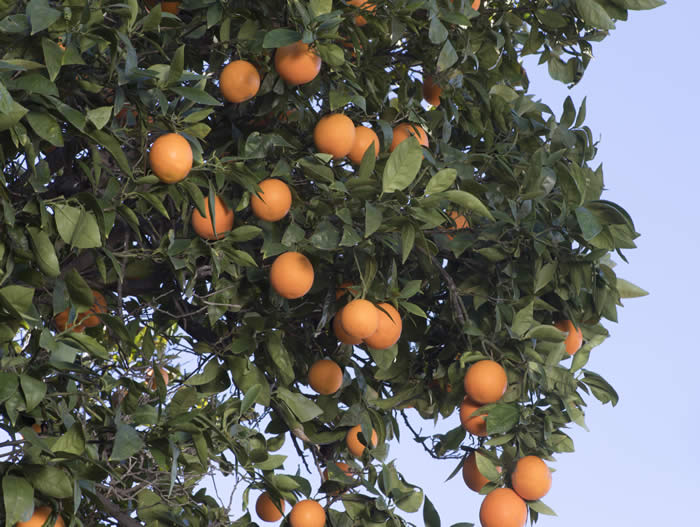