Received as budwood from breeding block at CRC, 1966.

Pixie is a mandarin variety developed by H. B. Frost at the University of California Riverside Citrus Research Center. Pixie is the result of an open pollination of Kincy (King X Dancy) that took place in 1927 and eventually released in 1965.

The tree is a vigorous grower with an upright growth habit. The fruit is usually globose to slightly oblate, and sometimes has a neck. The rind is yellow-orange with a slightly pebbled texture that is easy to peel. The flesh is seedless, orange colored, and juicy. The flavor is mild and sweet. Pixie matures in late winter and holds exceptionally late on the tree; in certain mild locations, the fruit is known to hold well into summer.

Pixie is a second generation seedling (hybrid or self) from open pollination of a cross of King and Dancy (named Kincy).  This variety was made in 1927 by H. B. Frost of the University of California Citrus Research Center, Riverside, and was selected and introduced in 1965 by his colleagues J. W. Cameron and R. K. Soost.  Because of its seedlessness and lateness of maturity, Pixie may have promise, especially as a home orchard variety (Cameron, Soost, and Frost, 1965)." 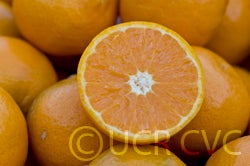 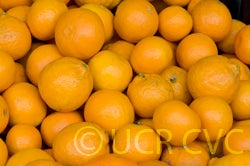 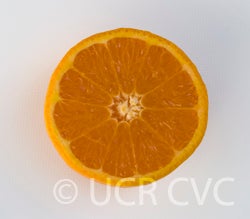 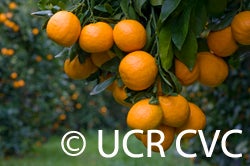 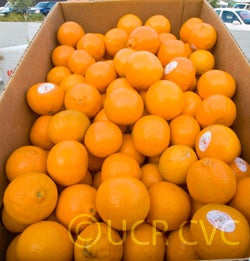