11/7/2006, DK: The flesh appears to be dry and ricey, but is actually fairly juicy, with a nice, tart citron flavor. Very seedy, and the seeds have some anthocyanin. The rind is medium in thickness.

Presumably of local though unknown origin, Diamante is the principal variety of Italy and according to Casella (1928) is considered to be the best.  It was introduced into the United States in 1898.  Italian and Sicilian are California introductions that are similar to Diamante." 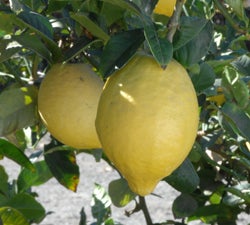 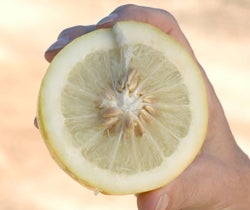