Budwood received at CRC from Frolich is from a seedling tree. Seed came from an old budline Solid Scarlet mandarin with a PI number of 139199-- JAB. Burgess

This very old variety in Australia is thought to have originated there as a seedling from fruit imported from the Orient.  R. J. Benton, former government citrus specialist in New South Wales, has stated that Emperor is very similar to if not identical with Oneco of Florida and Ponkan of China.  Of interest is the fact that this variety is still grown in seedling orchards in the Paterson River district of coastal New South Wales, where the trees markedly resemble those in the seedling districts of Coorg and Assam in India.  According to Bowman (1956), Emperor is probably the leading mandarin variety in Australia.  It is also grown to a limited extent in South Africa and northwest India.

Late Emperor is said to have originated as a limb sport of Emperor and the South African Empress variety is reported to be a chance seedling of Emperor. 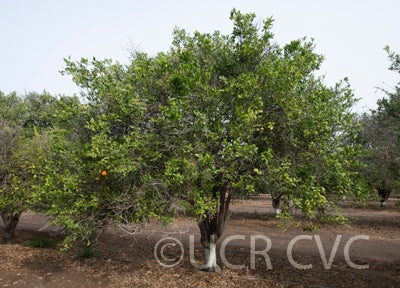 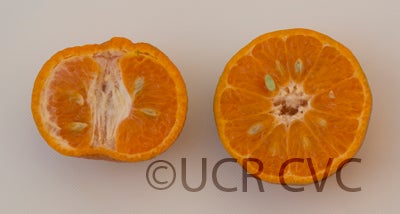 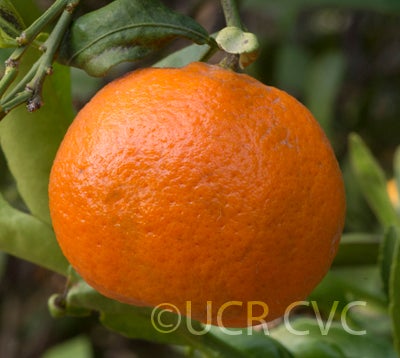 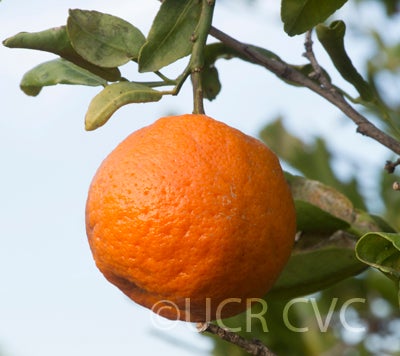 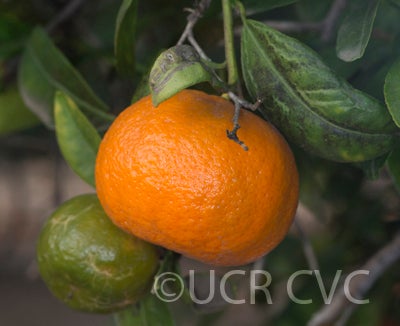