EMN, 1986: This accession may be too tender for the field at Riverside.

Although apparently universally reported as glabrous throughout except for the pedicels and peduncles, which are pubescent, and the base of the stamens, all the specimens that Swingle examined (from southeastern Asia, as well as greenhouse specimens from Washington, D.C.) show minute appressed yellowish-gray or nearly colorless hairs covering the petiole, rachis, and midribs of the very young leaves and also of the young twigs and spines.   The very youngest new growth is covered almost as completely with these hairs as the very young growth of Glycosmis.   These hairs soon disappear except at the joints of the rachis and base of the petiole.   The seeds are pilose, as noted by Corrêa in his original description of the genus Feronia.

The wood-apple tree (sometimes called elephant apple), like the related bael-fruit tree (Aegle marmelos), also native in the hill regions of northern India, is deciduous; however, it is not reported as growing above 457 meters (1,500 feet) in the western Himalaya, whereas the bael tree in the same region grows up to 1,219 meters (4,000 feet).   The wood apple is common in Ceylon in dry regions but the bael tree is not native so far south.   The wood-apple tree is often planted in dooryard gardens in southern Asia and Java.

As Feronia limonia can be used successfully at least for a few years as a rootstock for Citrus, it should be compared with the trifoliate orange (Poncirus trifoliata), another deciduous Citrus relative that has been used with great success as a rootstock for kumquats and for the satsuma orange.   Citrus when grafted on the wood apple is sometimes forced promptly into bloom.   Such a graft might be utilized in an attempt to force newly originated or newly introduced varieties into bloom so that they may be used promptly in making other desired hybrids.

The ripe fruits of the wood apple contain a sour-sweet, aromatic pulp in which the seeds are imbedded.   This pulp is sometimes eaten mixed with palm sugar or sweetened and stirred into coconut milk.   It is also used to make a jelly said to be more or less astringent.   A chutney is made from the pulp that is much liked by the natives.   (See De Silva, 1890, p. 722; and Watt, 1890, vol. 3, pp. 326-27.) " 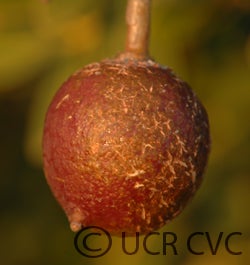 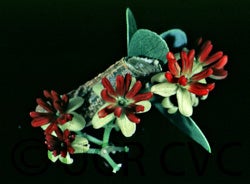 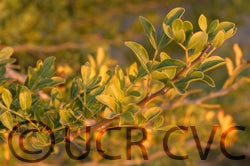 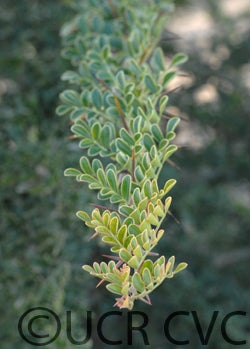